The Beauty of Performance: Total Immersion in the (Hi)story

Chung: The thing about performance is that, as opposed to two-dimensional works, it is a very immersive experience. It's about tapping into all the different senses to immerse yourself in the (hi)story, to recall memories that might have otherwise been kept hidden in the subconscious. I think that is the beauty of performance which visual art alone might not be able to achieve.

Sano: Do you think you can play around a bit more with performance, then?

Chung: In a way. For instance, for chronicles of a soundless dream, I had one Japanese dancer whose job was to also read all the data on kome sodo.

Sano: So it really becomes more than just a visual experience.

Chung: I think performance in particular has more of an advantage in tapping into people's emotions and memories. I really wanted to perform chronicles of a soundless dream in Vietnam. Although it was on Japanese history, the Vietnamese audiences who lived through a similar period of food shortages [with economic deprivation and strenuous political conditions] "got" it—they understood that I had subtly referred to the "subsidy" period in postwar Vietnam. I also used bricks which was the iconic object during this period as the main prop.

Sano: The bricks used to keep their places in line. 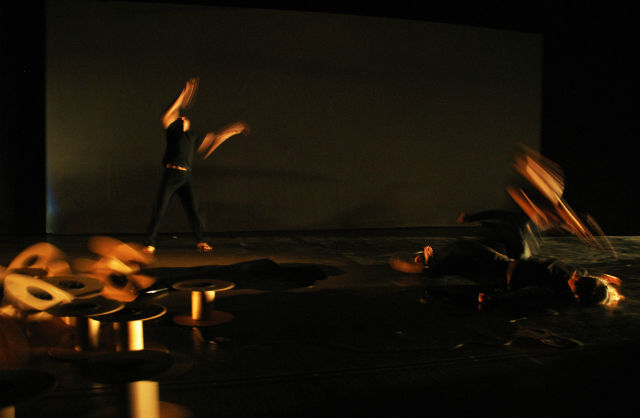 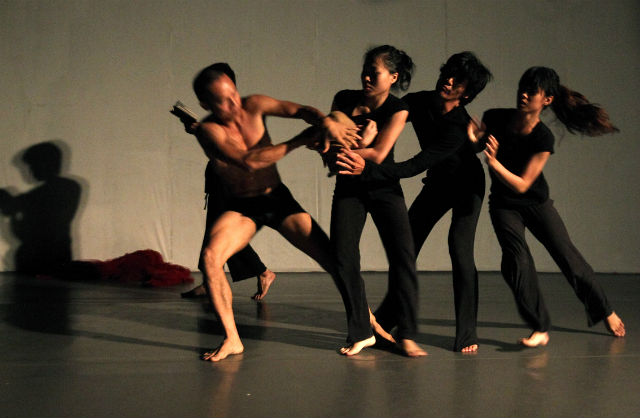 Chung: Right. For the Vietnamese audience, the brick conjures up their collective memories. All the fragmentary elements in the performance give them flashbacks, and they realize they are familiar with what is going on onstage. It also makes the audiences breathless as tension was built up with intense choreography which was, at times, violent.

Sano: Keeping them on the hook, so to speak.

Chung: Exactly. I remember, when the 35-minute performance ended, there was a bit of a silence. It was as if the audience had held their breaths and finally quietly exhaled before they started clapping. It was a build-up of tension and its quiet release.

Sano: Are there any new performances on the way that we can look forward to?

Chung: Well, I have always wanted to do more, but I haven't found the right moment to get back into it. But, one thing I am planning is to stage panel discussions. Visual art has its limitations but I want people to learn more about my research and findings. So I am planning to organize panel discussions. I have been invited to many, but now I am staging it as part of my practice.

Sano: You are staging panel discussions? With actors or...?

Chung: No, I am bringing back the past players during the Vietnamese refugee era; the policymakers, human rights lawyers and so on.

Sano: How do you find them?

Chung: Well, some actually found me [smiles]. A lot of people resurfaced because of my research that was materialized into the unwanted population, The Vietnam Exodus—Hong Kong chapter, part 1: flotsam and jetsam (1975–2000) exhibition*4 at Art Basel Hong Kong 2016; human rights lawyers, NPO staff, volunteers, and even policymakers. One gentleman who came challenged me on my work and said, "I helped drafting the 1982 closed camp policy in Hong Kong; one of the policies you discuss in your work." It's amazing just how all these ghosts of the past came out from the woodwork.

*4 This was the international debut of the first chapter of The Vietnam Exodus project, an installation of new works on Hong Kong's Vietnamese refugee community.

Sano: That's an entirely different entry point for the public, isn't it?

Chung: Truly. The human rights lawyers that worked on the Vietnamese refugees' cases in Hong Kong said that they had been waiting for this history to resurface to discuss how to improve the current situation. So I'm working to realize two panels: one on asylum policy where these lawyers and the former Vietnamese refugees will be in conversation with several current refugee organizations to elaborate on their experiences and related asylum policies; and the other panel will aim to reflect on "art in times of crisis."

Sano: It seems like your practice is no longer contained within just the art world.

Chung: You could say that [smiles].

Nurturing Imaginations and Protesting from Within

Sano: I saw a clip of you in a classroom, teaching children. Where was that?

Chung: It was a map-making workshop for refugee students in Denmark—a collaboration between the Louisiana Museum of Modern Art and a Danish Red Cross School. In fact, I'm returning to Europe to continue this Travelling with Art program for the young refugees at LMoMA and also in Vienna.

Sano: How do you make the time for all of this?!

Chung: I prioritize [smiles]. Not just teaching refugee students, but I've also mentored young Vietnamese artists and commissioned some of them to render into paintings the archival photographs I obtained from the UNHCR Archives and personal collections of former refugees. These became the installation, flotsam and jetsam (2015–2016). I fully credited the artists, of course.

Chung: That's how I'd like for them to learn this chapter of our history; by studying these particular photographs in detail. During the periodic critiques that I scheduled to monitor their progress, they asked questions that led to discussions about the historical contexts of the photographs. 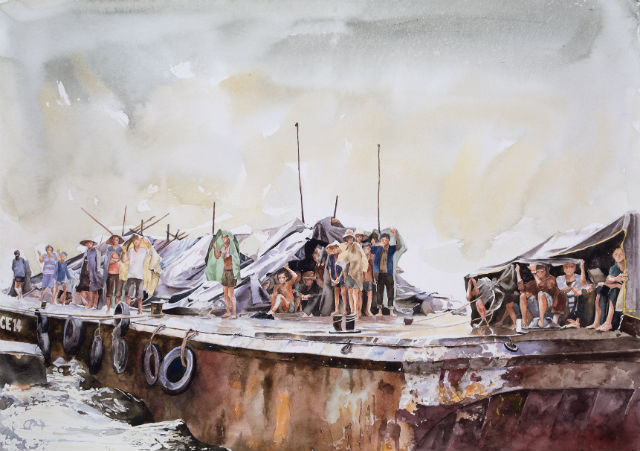 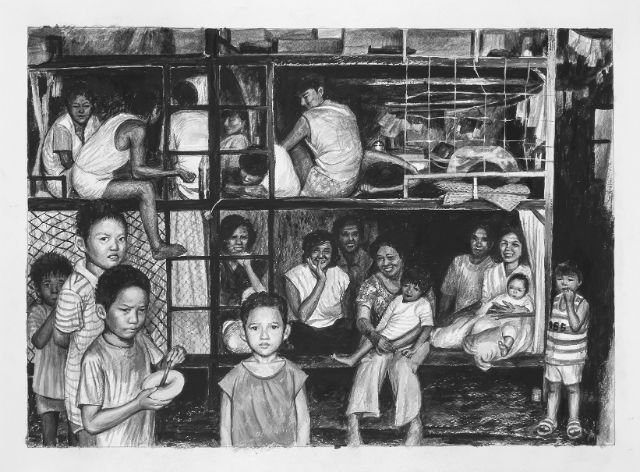 Chung: This politically driven historical amnesia is well embedded in the post-1975 population, and my work on the exodus history functions as a quiet protest against that amnesia from within.
Both projects [of the Vietnamese refugee history and the current refugee issues] unpack asylum policies and question current states of affairs from the refugee perspectives.

Sano: Thank you, Tiffany, for sharing with us your thoughts. I'm sure I was able to only scratch the surface, but I think I learned just how much of your dedication and hours of hard work are embodied in your nuanced works. I very much look forward to seeing the new addition to The Vietnam Exodus project and also your panel discussions.

Chung: Thank you for having me.

At Unklothospace Yokohama, on February 16, 2017

News
JFAC will invite about 60 professionals engaging in creation of contemporary performing arts.