Set in the contemporary era of Thailand where the martial law was imposed following the coup, SNAP portrays the bittersweet tale of beautiful love. Following the international acclaim of Tang Wong(2013) which was selected in CROSSCUT ASIA #01 Thai Fascination at the 27th Tokyo International Film Festival, Kongdej Jaturanrasmee  brought another success with this new film, being selected in competition of TIFF this time. We interviewed the director on the concept and messages of the film.

――Is there any parts in this movie that you like most?

Jaturanrasmee: This is a difficult question as it is my own movie. So, there are plenty things I like because it is what I want to see from my playwriting. It seems that I like almost all in this film. Maybe it would be easier if you asked about what I did not like. So I would know the parts that I wanted them to be in some particular ways though they might not go in the ways I wanted. That is why I like all of this movie. 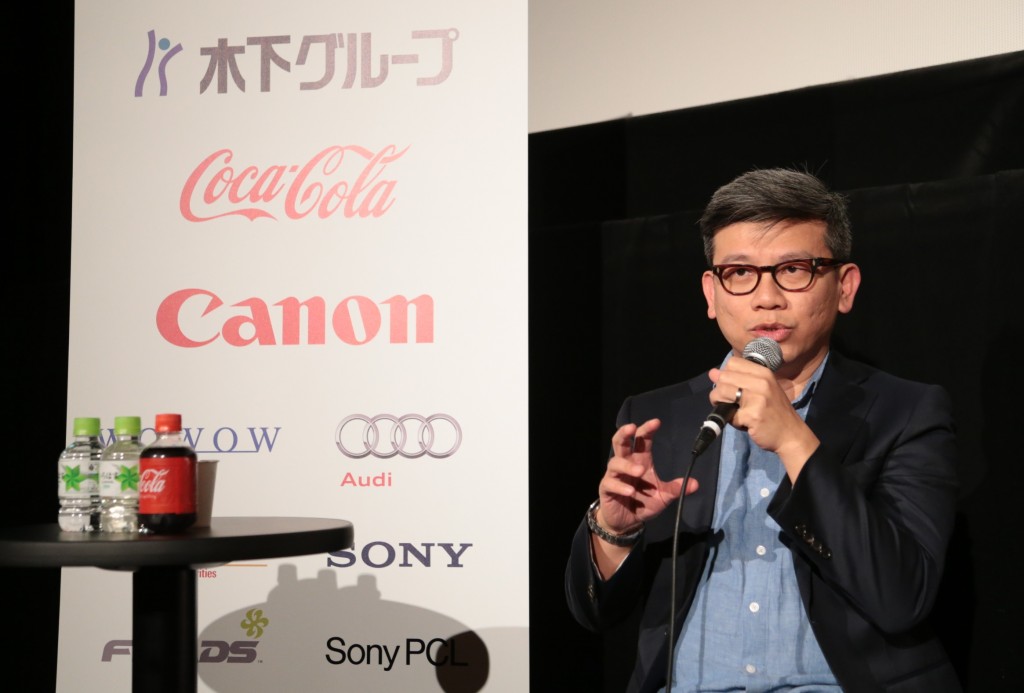 ――What is the most important message that you want to convey to the audience?

Jaturanrasmee: I would like us to retrospect more about the human relationships. Actually, we could observe that Phueng, the main character, was in the cyber world through her smart phone as she got her life exposed there even though she was with her friends. This film constantly reemphasized this message.
Also, it touched upon the friendship which used to be alive but became “unfriend” because of political circumstances or different political stances or views. I think this might not be suitable and I want people to look back and give importance on human relationships. It would be excellent if the audience of this film could think back of anyone who used to be with them and are not with them any longer. We might ask why they were not here. Actually, it is natural that we meet different faces of people when we get older. Some chose to walk away on different path. This does not mean that the political views need to be in contrast but choosing to live on a particular path would make us apart or something like this. I think it will be a success if the audiences of this movie just reflect about it.

――What is the most difficult part that you encountered during making of this film?

Jaturanrasmee: Indeed, we did not have a large budget and we had to use our brain to find out the methods that enable us to convey the story in the most comprehensive way under the limited budget. We were quite tired from making this film but it turned out to be okay at the end.

――Is there any message that you want to leave for the Japanese audience?

Jaturanrasmee: Actually, I would like to thank you all very much as almost all the tickets in the three rounds were sold out. The first screening was in a huge place and there were only few seats left. That was beyond my expectation. I am glad that everyone still stayed for Q&A session meaning that they were interested in listening more (about the film). For us, this is a superb gift for all the hardship and exhaustion we had in the previous year.