At the 28th Tokyo International Film Festival, the Japan Foundation Asia Center presented CROSSCUT ASIA #02: The Heat of Philippine Cinema featuring the rich films of the Philippines. Now experiencing its “Third Golden Age,” the Philippines film industry is considered to be the largest in Asia and has many active independent filmmakers. At the symposium, young Philippine filmmakers discussed about the current film industry they are a part of.

Lawrence Fajardo's most prominent works to date are Amok followed by Shackled (Posas) in 2012, which competed in countless prestigious film festivals globally. His newest film Invisible was a collaboration between teams in Japan and the Philippines.

The “Third Golden Age“ of the Philippines

Ishizaka: We titled this symposium “What is the Third Golden Age of Philippine Cinema?” This phrase, “third golden age,” has appeared several times in publications already, but Philippine cinema has also been experiencing this “third wave” since 2005. Why 2005? Because it was the year filmmaker  Brillante Mendoza made his directorial debut, and also the year that Cinemalaya Independent Film Festival started. Two of the directors who join us today, Mr. Lawrence Fajardo and Mr. Paul Sta. Ana, debuted through submitting screenplays to various competitions of film festivals and have been winning opportunities to make their own films over the past decade. Mr. Tieng, on the other hand, has produced some of Mr. Mendoza's films and is also a patron of these film festivals.

Since we have the key players who symbolize the two sides of Philippine cinema's third golden age, I think we'd like to hear from them about its current situation, the good, and also the obstacles it faces. Mr. Fajardo, you've actively participated in these film festivals for opportunities for filmmaking, but what are your thoughts on the current situation of film in the Philippines?

Fajardo: As a filmmaker and producer, I receive funding from various film patrons. My first two feature films, which were low-budget films, were produced with the support of the Cinema One Originals Digital Film Festival, a film festival organized by the television network, Cinema One. The funding I received from them was about 1 million Philippine Pesos [PHP] (approx. 21,000 US dollars). So what is happening in the Philippines is that new filmmakers, like us, receive funding through awards given at film festivals such as Cinemalaya, Cinema One Originals, and Sinag Maynila, the new festival founded by Mr. Tieng and Mr. Mendoza. That is the process we currently go through to make films.

Tieng: In addition to what Lawrence [Fajardo] said, there are also individuals who support young filmmakers. There is also our Metro Manila Film Festival held every Christmas until January of the following year, one objective of which is to raise funding for the anti-piracy council or the movie workers' social welfare fund.
On the other hand, the Cinemalaya Independent Film Festival, which you mentioned earlier, began in 2005 but, in 2015, they stopped funding toward feature films and limited their scope to short films. That is why Brillante Mendoza and I decided to found the Sinag Maynila Film Festival last year. For the first edition, which was held in March 2015, we called for submissions of screenplays and made films out of five of the applications, two of which were Invisible and Balut Country. Among the five films, four films were screened in international film festivals. And for the second edition, which will be held in the spring of 2016, we had a hundred and five screenplay entries so we are very happy because of the tremendous response we gained:. But again, we unfortunately have to limit the number to five. I hope, once the films are made, they will be selected for screening at the Tokyo International Film Festival. 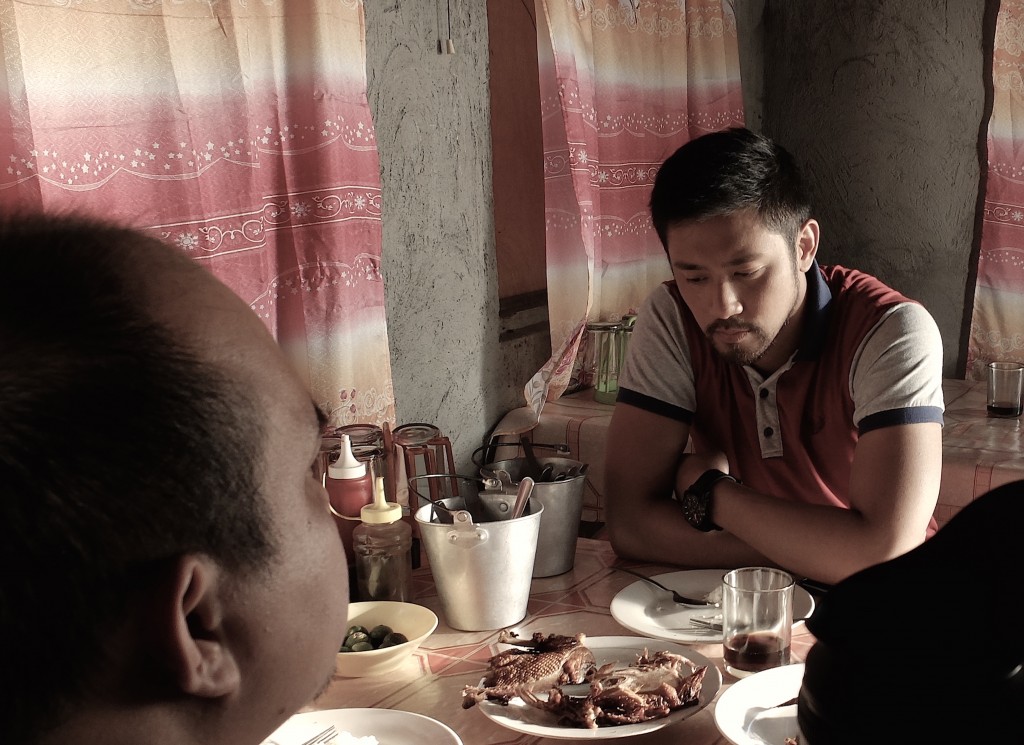 Ishizaka: Mr. Sta. Ana, I understand you started your career as a screenwriter. You'd won Best Screenplay in Cinemalaya, and also had your screenplay selected to be a film for Sinag Maynila, too. Could you share with us your career until now?

Sta. Ana: You mentioned that the “third golden age” of Philippine cinema began in 2005 when Mr. Mendoza made his directorial debut with The Masseurs which was selected in the Locarno International Film Festival. At that time, as you said, the first Cinemalaya was also held the same year. It is interesting to note that digital cinema was also introduced during the same time: digital cameras became more accessible, making filming a more accessible terrain and also allowing aspiring filmmakers to experiment more. This resulted in the increase of more “artistic” films by younger filmmakers and also generated further exchange among them which is a phenomenon that continues today.

To speak further about the conditions prior to 2005, there were very few Philippine films due to financial strains and Philippine cinema was even said to be dying. Making films back then required at least PHP 15 million (approx. USD 350,000). But since the emergence of digital cinema, we now only need roughly PHP 500,000 (approx. USD 11,000) for a film. That’s why after 2005, in particular, filmmakers have more opportunities to make films.

Next Page
The Emergence of Regional Diversity in Philippine Film