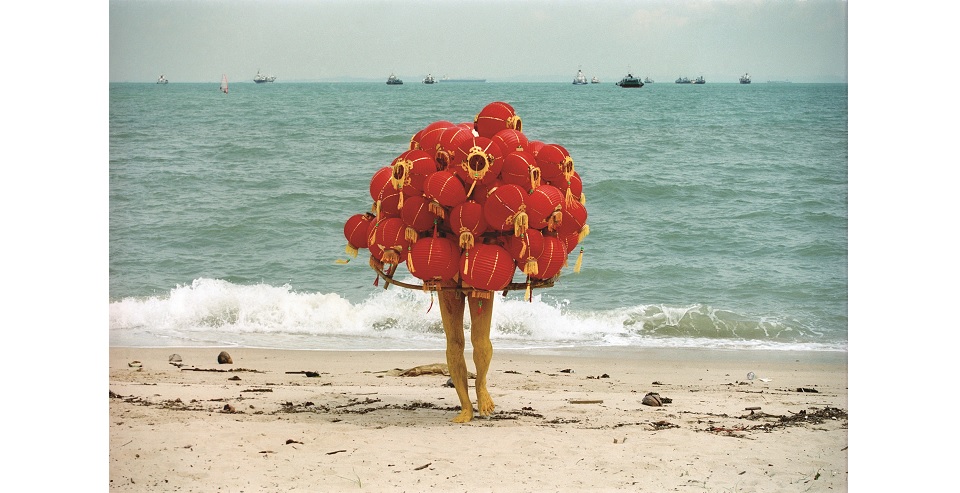 In 2017, celebrating the 50th anniversary of ASEAN, the National Art Center, Tokyo, Mori Art Museum, and the Japan Foundation Asia Center will host "SUNSHOWER: Contemporary Art from Southeast Asia 1980s to Now," the largest exhibition of Southeast Asian contemporary art to be held in Japan.
The exhibition is a culmination of the "SEA PROJECT" which followed the process of the exhibiting-making from its conception in 2014.

With its total population counting around 600 million, multi-ethnic, multi-lingual, multi-faith Southeast Asia has nurtured a truly dynamic and diverse culture. Contemporary art from the emerging economic powerhouse of Southeast Asia is currently earning widespread international attention. The "sunshower"—rain falling from clear skies—is an intriguing yet frequently-seen meteorological phenomenon in Southeast Asia, and serves as a metaphor for the vicissitudes of the region. This exhibition, the largest-ever in scale, seeks to explore the many practices of contemporary art in Southeast Asia since 1980s from 9 different perspectives. It aims to showcase its inconceivable dynamism of Southeast Asia that is somewhat nostalgic yet extraordinarily new.

Throughout the history of time, maps have been the medium into which countless politico-economic values and variances were weaved. Indeed, maps drawn by the artists do not simply represent the region's geographical characteristics - they, instead, expose its complex histories and spatio-temporalities. This section examines the overlapping cartography of this space known as Southeast Asia through multi-tiered maps that look at land and its significance, maps of migration that stir up one's memory of physical movement of people, and imaginary maps that seek a world and society of the ideal.

From the 1940s following the end of WWII well into the 1980s, many Southeast Asian countries underwent a long transition from colonial rule to independence. It was during this time that struggle for independence, the Indochina Wars, the Vietnam War, the Cambodian Civil War, and other conflicts erupted. In some countries, this was also a time of continual suppression and censorship of artistic expression. It was in such an environment that many artists stepped forward to demand democracy, freedom of expression, and freedom of speech. This section introduces artworks by artists who lived through such a tumultuous time.

With recent IT advancements, information, previously hard or sometimes nearly impossible to find, has become readily accessible. Based on the findings from such access, efforts to archive materials are now underway. While many documents accumulated in all parts of the region are open to the public in Southeast Asia, more artists are using these documents themselves as materials for their artworks. This section presents a number of examples, among them Koh Nguang How's Singapore Art Archive Project (2007), an undertaking that offers a comprehensive view of the activities of Singapore's The Artists Village (TAV).

Entering the age of postcolonialism and the dawn of independence and democracy, people began to question the various "identities" that make up who they are - specifically, their identities as a new nationstate, as members of a particular ethnic group, and also as individuals. When the Cold War structure collapsed in 1989, this difficult question was shared worldwide for those in search of new value systems to replace previous ideologies. Many of the contemporary artworks produced during this time attempted to examine the question of identity from these levels, a question which indeed remains as an extremely complex issue to this day.

Beginning in the 1990s, many artists began to turn their attention to the daily life and the everyday. With globalization and multiculturalism storming throughout the world, discoveries of cultural, social, and historical contexts within the everyday scenes, and the translation of those contexts into art attracted people's attention as a form of expression for the new generation. Memories with one's families, daily meals and leisure times, and everyday activities carried out on the streets were all incorporated into the context of contemporary art through such media as paintings, photographs, videos, and installations. Simultaneously, these new generation artists have garnered attention at international exhibitions that rapidly expanded to all corners of the globe, and Southeast Asian artists thereby found more opportunities to make their presence felt on the global stage.

With a total population of over 600 million, ASEAN's presence in the international community is expected to only accelerate, also attracting attention from overseas investors as a vast emerging market due to the advent of free trade. Although growth rates vary depending on the country, high economic growth and the developments that accompany it throughout the region are rapidly transforming the urban landscapes and bringing dramatic changes to people's lives. At the same time, there are concerns about resulting social disparities and the loss of traditional cultures. As artists frequently look at such changes with a critical eye, this section closes in on the driving forces and issues generated by growth and development.

In Southeast Asia, as public art museums and other institutions for contemporary art are still in the process of formation, the purpose of creative activities is not always limited to the success within such institutions. Instead, there is a noticeable amount of young artists who question and investigate the role of art to resolve the many challenges communities face such as environmental issues and the scattering of local societies to name a few. Socially-engaged art practices that intervene in communities and demand the participation of the general public and practices as collectives are a couple of traits that characterize Southeast Asia today, much more so than Japan.

Southeast Asia is home to a diverse mix of ethnic groups, languages, cultures, and religions that coexist side by side. Even in this age of rapid growth and development, annual events/functions and religious rituals passed down over the generations continue to be an important part of Southeast Asia's daily life, directly linked to their interests in not only the world of the living but also the afterworld and the supernatural. This section presents artists who frequently use traditional artistic techniques and concepts, ranging from ancient nature worship to specific religions, to create artworks depicting the broader worlds of mysticism and spirituality.

Among the new generations of artists in Southeast Asia, there are those who are trying to revisit the region's repetitious histories of political, economic, and social change - particularly its histories of war and repression - and to integrate its memories as one's own. At the same time, there are also those who seek to pass on the legacies and contributions to contemporary art by artists of past generations to the present. This section of the exhibition showcases artworks that revisit the past and engage in cross-generational dialogues in an attempt to situate contemporary society and art within a much larger narrative of history.