I feel it's very important that you always include the contexts in addition to showing artistic pieces to the audiences. （Chikara Fujiwara）

Chikara: ENGEKI QUEST is a project that is set in an actual town, turning it into a performing field, so I was surprised at how wide your knowledge and networks are extended to include even site-specific art. To what extent does your interest expand, and are there issues that you particularly focus on? For example, for TPAM 2016 you curated a program featuring Singaporean artists in particular. May I ask why?

Fu Kuen: Firstly, it is the 50th anniversary of Singapore's independence and its diplomatic relations with Japan and the rest of the world. It's interesting to observe this young nation: an island state with many exceptionalisms. Singapore is so young yet it has become an economic miracle and is multi-culturally harmonious. It's been very stable and is often viewed as a model of aspiration by other countries, especially in the region of Southeast Asia. It has made many achievements, seemingly impossible for such a small country in such a short time. That's what I mean by "exceptionalism."

With the blessing of commemorative funds from the National Arts Council of Singapore, I propose to shift world perceptions towards Singapore through a presentation of its artistic productions: to really look at Singapore through its independent artists born after 1965, the year of independence.

For myself as a curator, I am seeking to understand the strategies that the post-1965 independent artists are using to connect themselves from Singapore to the world. I have no ready answer, but I think that following the selection of works, one might start to form one's reading of the complexities of citizenship of a small country, as well as the desires and communication tools that the artists have developed in order to belong to a wider world, beyond a national frame. 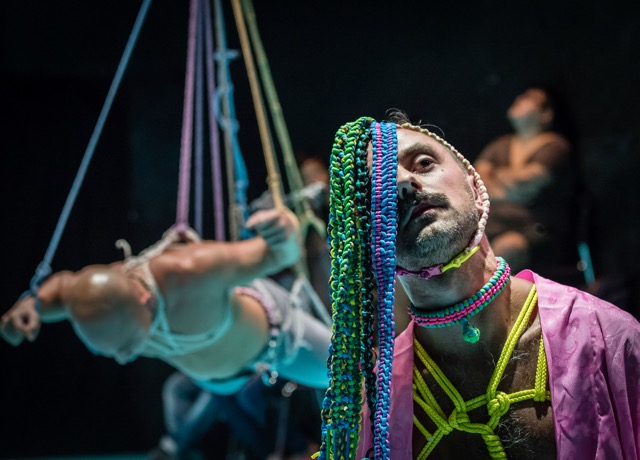 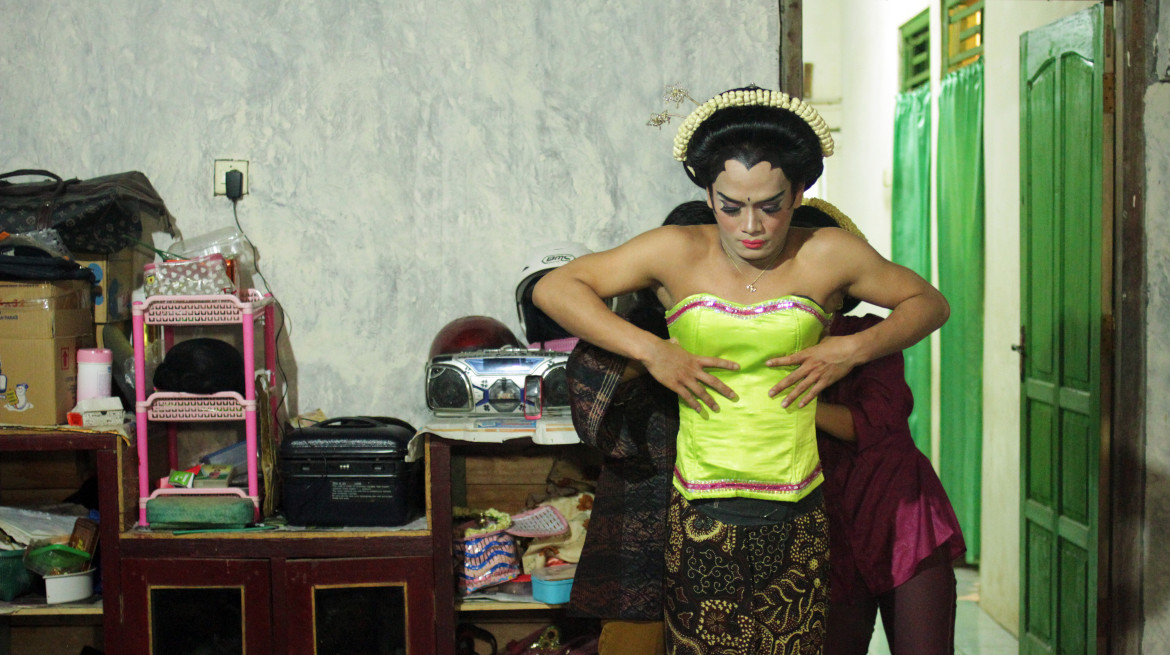 Chikara:The "post-1965 independent artists" you mention obviously come from various generations. Two of the artists featured in your program, Choy Ka Fai and Daniel Kok, have already been shown in Japan a number of times, and there is no doubt that they are both splendid artists and have already proved to have made an impact on Japanese audiences. On the other hand, Ho Rui An is still very young and in his mid-20s. Was it challenging incorporating him into the program? What were your thoughts behind the decision?

Fu Kuen: The general public in Japan is more familiar with Choy Ka Fai and Daniel Kok who are both from the 1970s generation. Ho Rui An is from 1989, a generation that the art historical world refers to as the "digital natives." It is a clear that different methodologies have been developed in the various artistic practices over the past decade. In Solar: A Meltdown, Ho Rui An, in the form of a performance lecture, delivers not just an academic treatise but ways to perform while remaining incognito. You do not exactly know his identity. He is like an anonymous netizen who made a museum trip, plunged into Wikipedia for answers and retrieved YouTube movie clips. Within the information obtained, he constructs a whole logic of connecting images and evidences from historical and contemporary times – weaving everything into a narrative from his own subjectivity.

His discourses in this performance lecture span from post-colonial histories and cinematic representations to contemporary conditions of global capital, labor and gender. It is a complex world which he navigates through a Sloterdijk-influenced perspective to form his own critique, without stepping out of the "air-conditioned nation" bubble―what Singapore is known as―to seek direct experience. This is the condition of his generation: being in and knowing the world from a certain removed sense of loss and negotiating the world as and of information. They engage with "critical media," not just media as an endless flow of information, but critically approaching media itself as a history-writing apparatus. 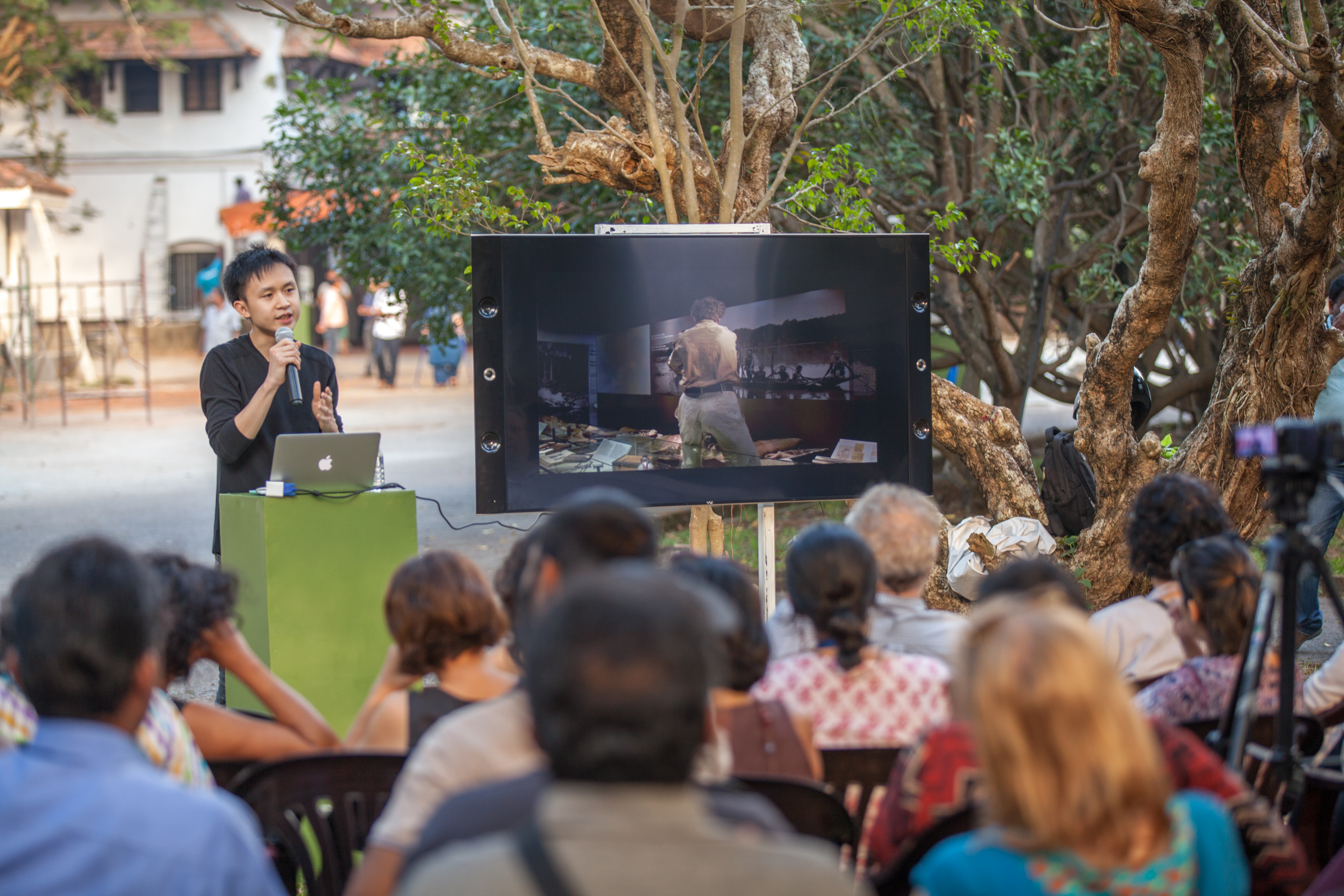 Ho Rui An Solar: A Meltdown

Chikara: It is true that the Japanese audience are told, as background information, that he is Singaporean. But what we do not know or are not aware of is "what does it mean to be Singaporean?" Moreover, we are also unfamiliar about the racial and historical implications it carries. A lot of us may have forgotten the fact that Japan invaded Singapore in 1942. I strongly feel that similar lack of historical knowledge exists in the relationship between Japan and other Asian countries. That is why I feel it's very important that you always include the contexts in addition to showing artistic pieces to the audiences.

Speaking of which, an "unsweaty Queen Elizabeth" is humorously mentioned in Solar: A Meltdown and She is metaphorically depicted as the "Sun" in this piece. I would have guessed that many Japanese audiences imagined the Emperor (Tennō in Japanese) from this. This metaphor of the "Sun" and Tennō was used in Aleksandr Sokurov's movie The Sun (Солнце) which Ho Rui An told me that he had seen. But in Solar: A Meltdown, neither of you adapted this metaphor directly to the Japanese context, even though you could have. Was this intentional?

Fu Kuen: I guess you are really referring to the post-colonial critique that Solar: A Meltdown is intrinsically built on. In Japan, it would be entirely up to the audience whether they can discern the critique being applied on them as well. To be direct, in some instances, might not work. It could be more sophisticated to loop around something so there is free space for comprehending what is difficult to be spoken about. 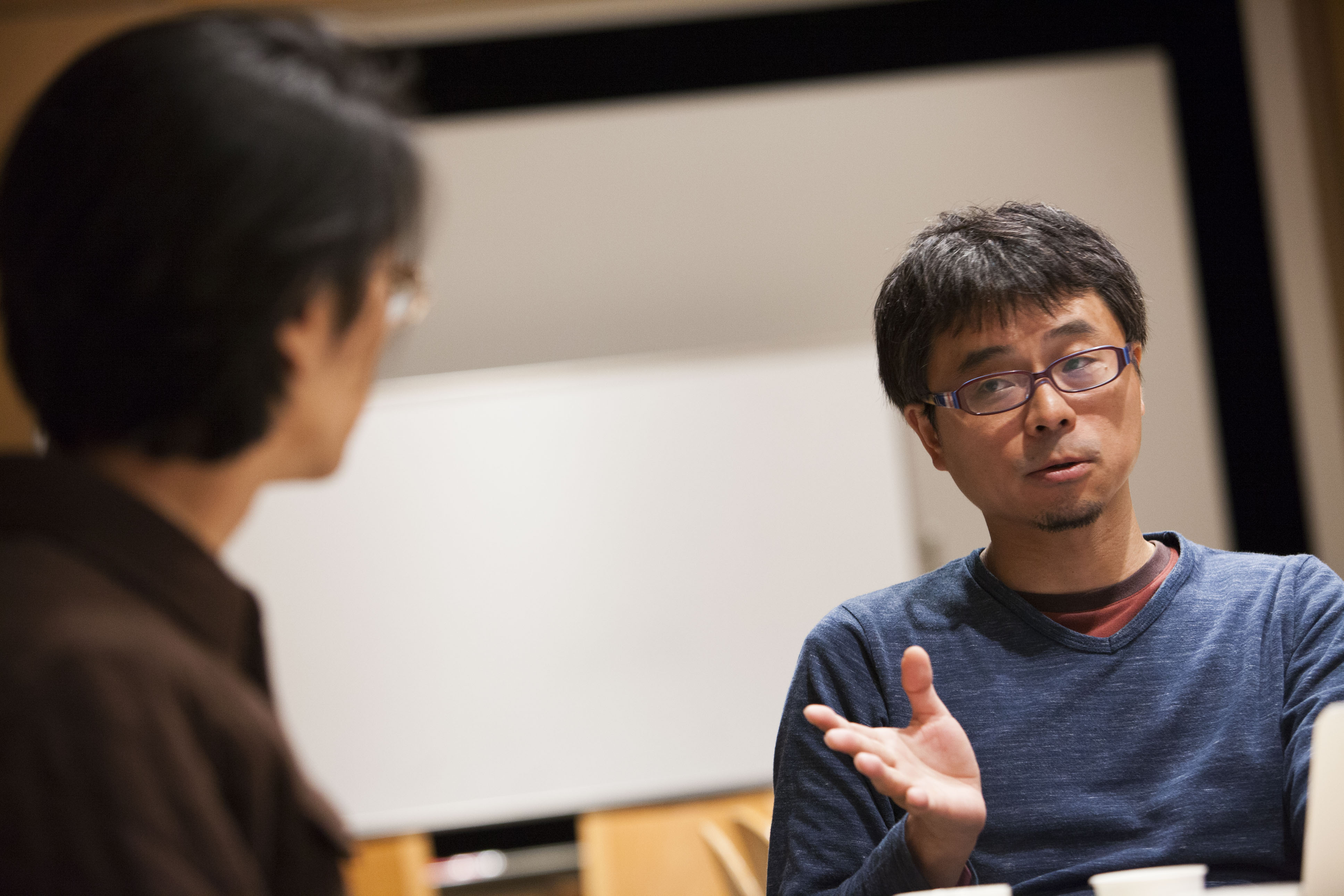 We are firstly drawn to ideas, then we figure out how to turn those ideas into artworks.（Tang Fu Kuen）

Chikara: The artists whom you have curated, such as Ho Rui An, Choy Ka Fai, and Daniel Kok all seem to be very clever. In Singapore, are there many smart artists in general? I have met intellectual artists in other countries too, for example Korea or the Philippines, but Singaporean artists seem to be a little unique.

Fu Kuen: Back to the phenomenon of Singapore as a nation: we are only 50 years old, so how could we have become high achievers in such a short time? Not unlike Japan or Korea, we are an intense society that places a high value on cultivating scholars; but, unlike other Asian countries, we have―and this is the clichéd truth―no natural resources for survival, not even water. We grew up with an urban sense, lacking intuition towards the material world and the larger environment, with little access to physical resources. Our technique with materials, with the whole notion of "making," is inherently weak. Our success has been built on economic policies: we are the entrepreneurs, the middleman bankers, the global port city; the transitional space. Everything is about immaterial labor, using head logic rather than manual production.

This condition has also influenced art-makers and art-making in Singapore. We tend to be more conceptual in our approach where the formulation is prioritized over the making or finishing of an artwork. Choy Ka Fai, for instance, traipsed across various locations in Asia to map the data on contemporary dance, collecting pure information, tentative about what he would do with it eventually. Singapore's post-1965 generation is thus inclined towards―I won't say "intellectual" because it's a big word―ideas. We are firstly drawn to ideas, then we figure out how to turn those ideas into artworks. 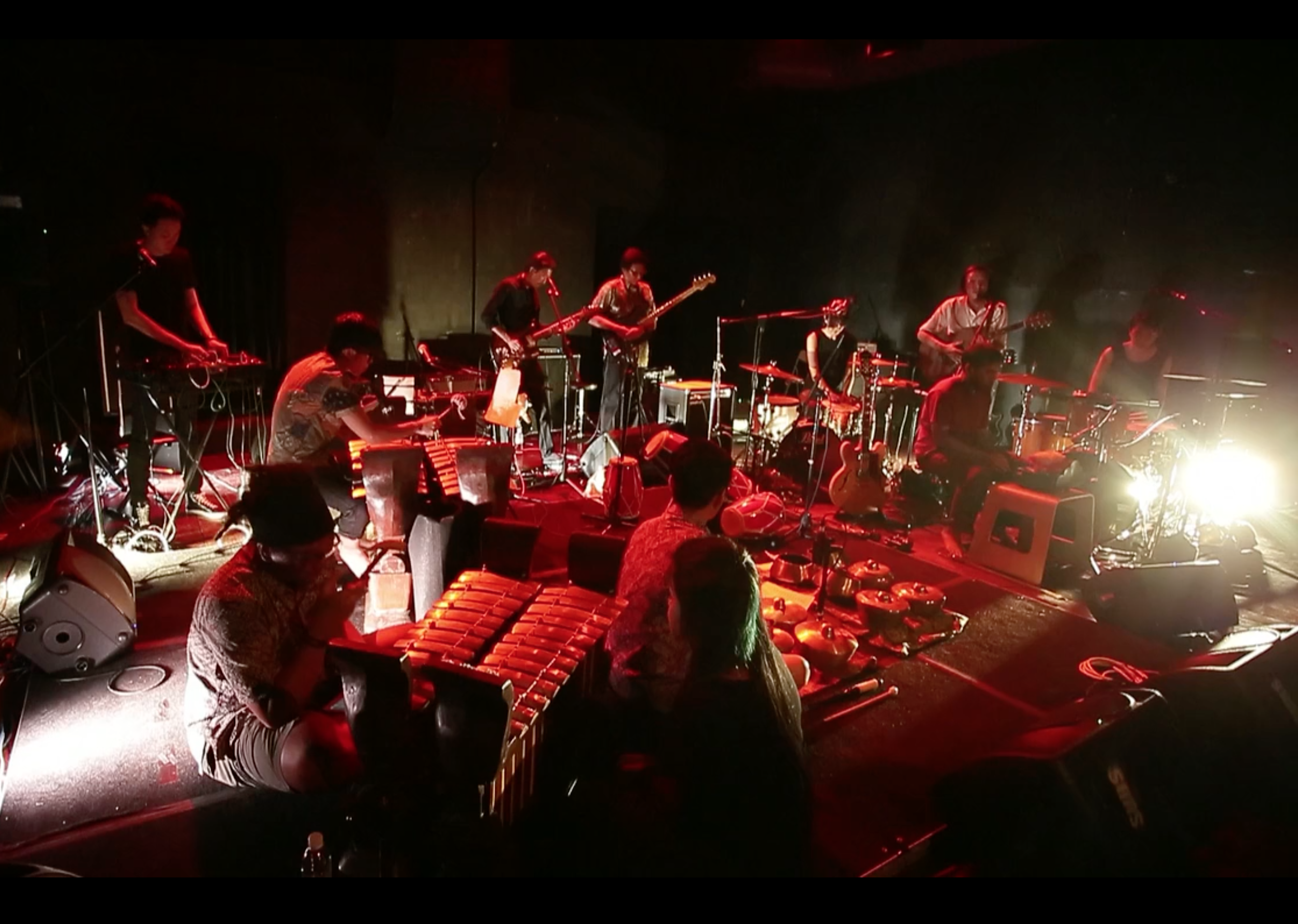 The Observatory's project, Continuum, featured the gamelan, a traditional instrument which we are familiar with in Singapore, but are not well-versed in. The Observatory decided to make a neighborly connection with Indonesia, the home of gamelan. In their residency there, they trained with maestros to absorb what they could, then find a different way of approaching the gamelan again, not with the same virtuosity, but from another route, to create a dialogue between what they usually do (post-punk and electronic synthesizers) and the analog gamelan. This is a clear instance of what Singaporeans do with their curiosities. In a way, it's good appropriation in that you go out there to receive influences, immersing yourself as much as you can, but never fully becoming like the other. You take away the same knowledge and transform it, to forge a way for an unequivocal authorship.

Next Page
Will there be a day when Japanese theater can project hope and optimism to the world?