What kinds of hopes, affirmative actions, or optimism can we project from the theater back to the world, rather than simply absorbing the difficulties of the condition?（Tang Fu Kuen）

Chikara: I see. In TPAM 2016, you also curated The Observatory's Continuum and Tara Transitory's aka One Man Nation ／／gender|o|noise＼＼. These were both musical live performances. Please tell me about this transgender artist, Tara Transitory.

Fu Kuen: Singapore appears as a stable society where differences are well-managed, but Tara Transitory is an instance of how an individual negotiates, on her own affective terms, the heteronormative standards. Her work is not just about producing sound, but her entire selfhood is embodied in the figure of the shaman to dissolve her sense of conflict and liminal tensions. In enacting catharsis, she presents an extreme self in the state of sonic vibrations. Through this performance where social difference and sound intersect, she displaces the "Singapore condition." 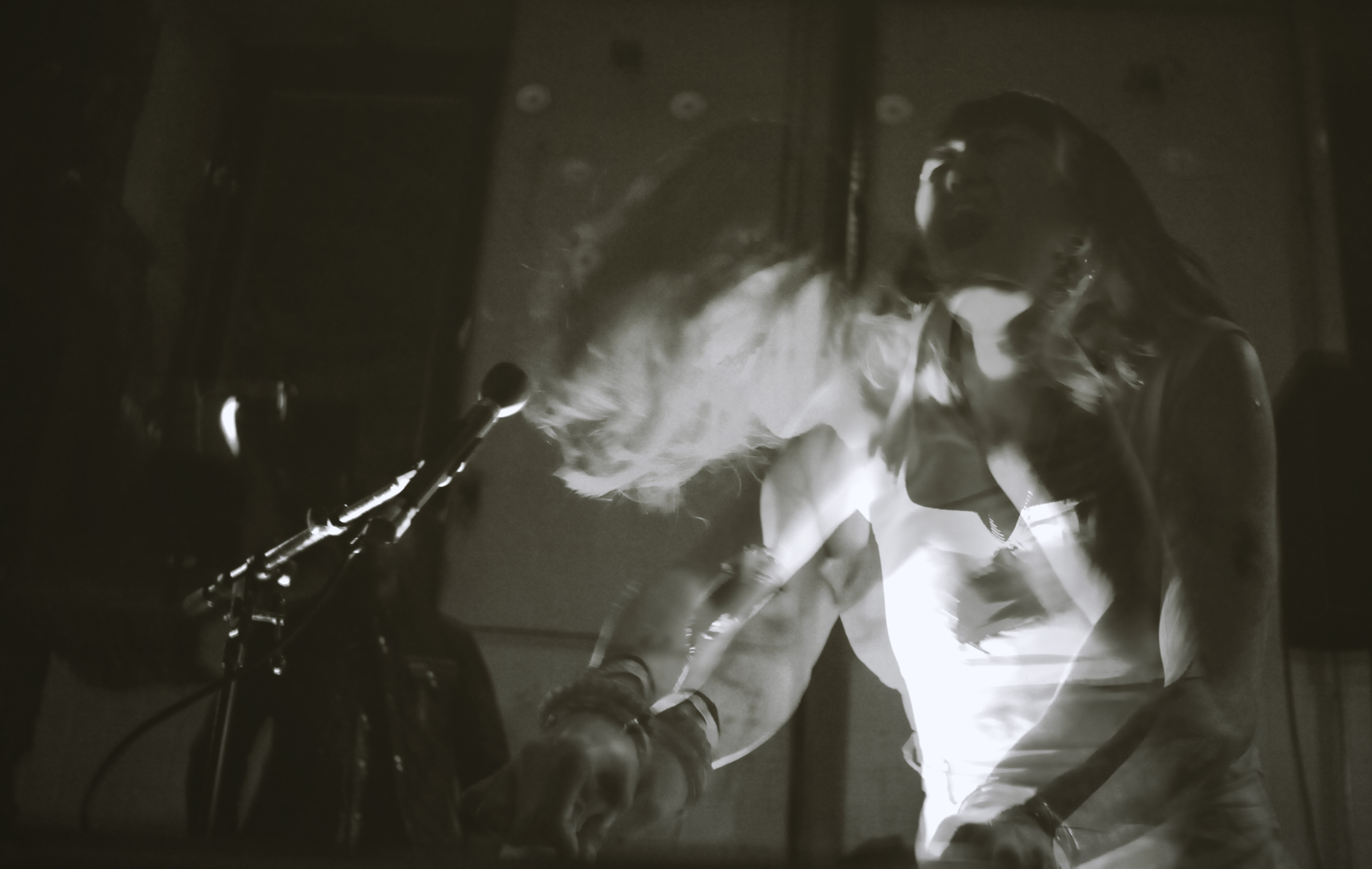 Chikara: I'm sure you have seen works by many Japanese artists too. What are your thoughts on the current Japanese theater or dance scene?

Fu Kuen: Observing contemporary Japanese theater, I find that there is definitely a shift in the young generation asking questions about the fragility of life in the wake of the trauma of the Great East Japan Earthquake and the global downturn. There seems to be an overall meltdown of structures and sense of stability from the '80s and '90s. I definitely sense an anxiety towards the future. Those with something profound to say seem to express a resistance towards old ways of behavior, but are unable yet to offer something concrete for the future. It is a moment of questioning and reckoning. I hope that the theater can somehow be used as a tool for optimism as well. What kinds of hopes, affirmative actions, or optimism can we project from the theater back to the world, rather than simply absorbing the difficulties of the condition?

Chikara: I want to deliver your words to young Japanese artists. I'm sure they will empathize and be encouraged by your vision.

The theater is, of course, an enchanting space. However, recently there has been an increase in site-specific works that are performed outside of the theater. I think this is both a global trend as well as a Japanese one. Despite critical discourse [on theater] being not quite mature here in Japan, I believe this tendency is not a temporary one. Why has theater stepped outside of its own physical boundary? I think there are strong desires to encounter people's lives and communities, ethos, structures of the city, history, sounds, invisible water veins, happenings... and art can become the catalyst for connecting with these various materials.

Fu Kuen: Public performances and placing the stage within civilian action and interaction is nothing new. We should multiply the so-called "stage," that is within a building or outside, to redistribute the stage into different spaces of everyday life. If I had a choice, I would have inserted performance actions in the city every day but in Yokohama we never know if it's going to snow or rain, there is too much risk. I certainly question why we are always in such an artificial black room with artificial lights. I may start to instigate more relational practices outside the frame of the stage, to allow more civilian flows.

Chikara: Today we talked a lot about Singapore, the country you were born and raised in. Can you tell me some of your personal thoughts about Singapore being your "home?"

I asked you this because there are now a few Japanese artists who work nomadically or have multiple bases. To be precise, there had been many nomadic artists since pre-modern times, but they now appear not only as artists but in other ways too. After the Great East Japan Earthquake, especially, while some people had no choice but to leave their hometowns, others decided to move themselves. I myself moved to Yokohama a few years ago after twenty years of living in Tokyo. The change of environment was necessary for me and I have now come to like Yokohama. However, I feel that a move of an even larger scale may happen in my later life. In fact, the Philippines―which you kindly connected me to―has already become quite important in my life and memories.

In other cities, too, I sometimes meet people who have left their home countries. "With whom would I live, and where?" This is an important theme for me. I think many people have begun to think about this too in Japan. For artists especially, being on the move is their fate: they continue their journeys while switching from different identities to another. And I think this also applies to you. Despite this, however, if there is still something you call "home," what, may I ask, that might be? 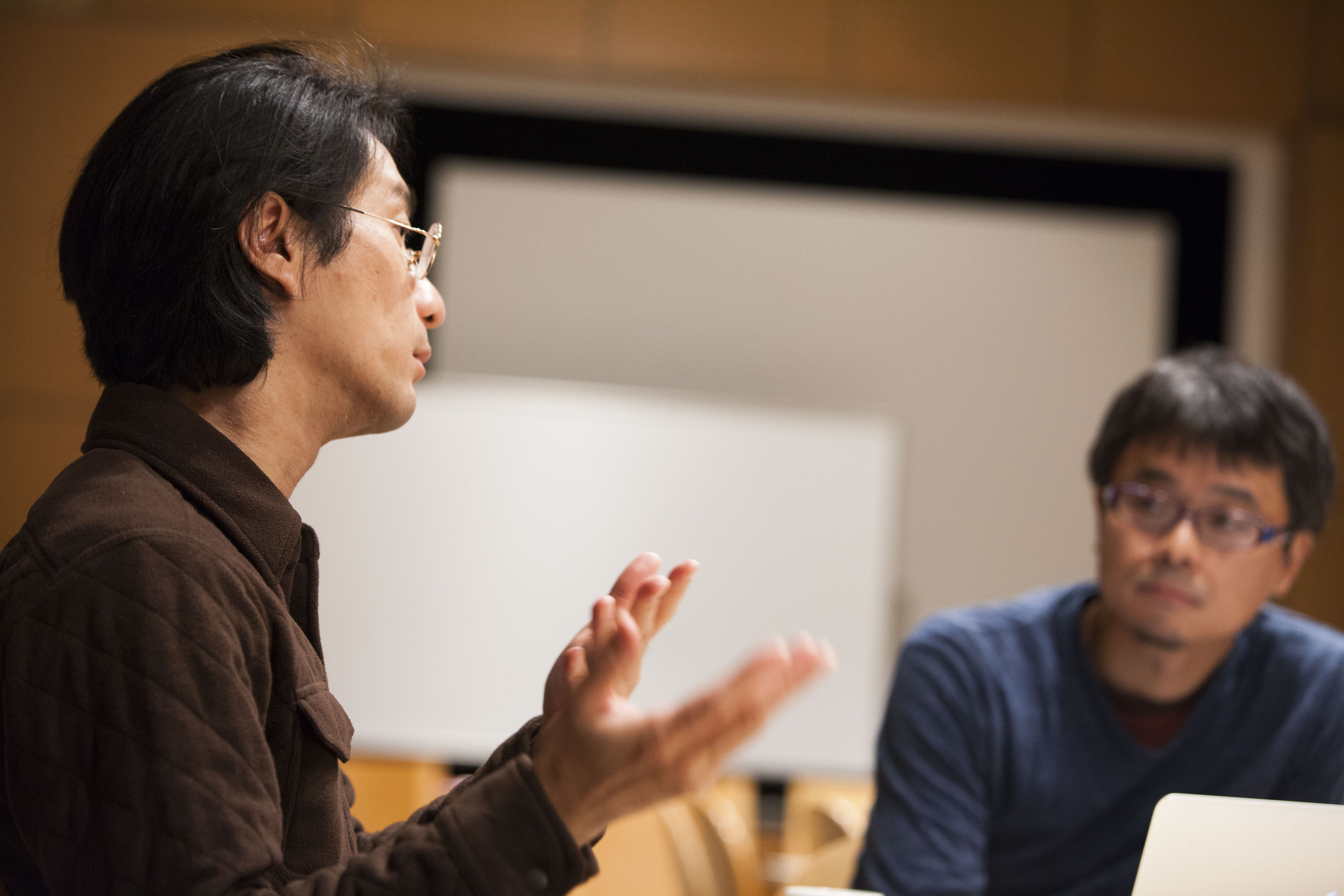 Fu Kuen: I'm a shape-shifter. It's a condition that I have figured out for myself, at least for now, in order to embrace the complex notions of nation, home, and belonging. These are three distinct notions. Where you belong―such as a community you can share in–may not be your country. What you call home may be a risky place to put yourself in but you find yourself belonging there, to a temporary community. Where you call home may not be your birth country which imposes an identity that you may choose–at certain points of your life–to dis-identify because you disagree with its conditions and assumptions. I'm in the process of asking how these three notions interact and contradict each other. I'm finding multiple ways to exist across these notions.

I produce narratives by the way I live: what are the stories I can tell, for whom, and with whom I can share them. Basically I'm resisting a singular notion of selfhood. I'm also questioning the entrapments of nationalism. I ask what roots and identity mean to each other. It's seemingly very unstable, but in the moment that you find your position and your sense of self - that's where you can belong.

Chikara: How are we to live and survive in a world where there is no reliable ground which is increasingly becoming unstable? I feel that our conversation today had given the readers and myself the courage to keep questioning and seeking answers. Thank you very much.