Understanding a complex and dynamic region such as Southeast Asia requires making sense of the lived social and economic realities on the ground level, and realizing that the sense of belonging Southeast Asians feel often extends beyond states; a concept which is not understood in terms of political territory. Using personal experiences and fieldwork across the region, Dr. Farish A. Noor poses alternative ways to understand "Southeast Asia," as it is seen and experienced by ordinary people who inhabit border zones, overlapping territories, and maritime spaces. He considers the ways that Southeast Asian integration is already happening—sometimes beyond the orbit of ASEAN's concerns—on a people-to-people level and other complex levels at the same time.

[Edited from the presentation at a conference, "Across Borders in Southeast Asia Today" on February 28, 2017, at the Japan Foundation in Tokyo.] 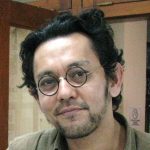 Dr. Farish A. Noor is currently Associate Professor at the S. Rajaratnam School of International Studies, Nanyang Technological University; where he is the Head of the Doctoral Studies Programme. He has also served as researcher at the Centre for Modern Orient Studies (ZMO), Berlin; taught at Free University Berlin, the Institute for the Study of Islam in the Modern World (ISIM), Leiden; and Sciences-Po, Paris. Currently he is also a member of the United Nations' Alliance of Civilisations' Panel of Global Experts on Religion and Politics in Asia. Noor is the author of The Discursive Construction of Southeast Asia in 19th Century Colonial-Capitalist Discourse (Amsterdam University Press, 2016), The Malaysian Islamic Party 1951-2013: Islamism in a Mottled Nation (Amsterdam University Press, 2014), Islam on the Move: The Tablighi Jama'at in Southeast Asia (Amsterdam University Press, 2012), and Islam Embedded: The Historical Development of the Pan-Malaysian Islamic Party PAS: 1951–2003 (Malaysian Sociological Research Institute [MSRI], 2004). He also co-edited The Madrasa in Asia: Political Activism and Transnational Linkages (Amsterdam University Press, 2008) with Martin van Bruinessen and Yoginder Sikand.

Smuggling T-Shirts across ASEAN borders: The Reality on the Ground

I would like to begin with a lengthy, but important, anecdote. In 2003, I was doing extensive fieldwork in several parts of Southeast Asia, focusing on the reaction of Southeast Asian societies to the so-called war on terror that was the result of the terrorist attacks on the United States in September 2001. During this extended period of research, I visited many localities in Southeast Asia and conducted dozens of interviews in Malaysia, Indonesia, Thailand, and Vietnam. One of the most interesting encounters I had was in Southern Thailand, in the province of Satun, which borders the northern states of the Malaysian Peninsula.

It was during my brief stay in Satun, that I came to learn that Thailand—a Buddhist-majority country—was one of the biggest producers of T-shirts with the image of Osama bin Laden.*1 The T-shirts were a hot commodity then and, all over Southeast Asia, people from all walks of life, professions, and age groups were buying these shirts openly for a number of different and sometimes conflicting reasons. I interviewed a group of young Thai T-shirt makers who were selling them across the border in Malaysia.

*1 Farish A. Noor, "When Osama and Friends Came a-calling: The Political Deployment of the Overdetermined Image of Osama ben Laden in the Contestation for Islamic Symbols in Malaysia," in Media, War and Terrorism: Responses from the Middle East and Asia, eds. Peter van der Veer and Shoma Munshi (London: Routledge Curzon, 2004), 197–223.

This was one of the occasions where I followed my field research interviewees: we crossed the border into Malaysia several times while they brought with them hundreds of these Osama bin Laden T-shirts, wrapped in newspapers. The T-shirts were sometimes brought in legally, but often smuggled in via non-official routes in the jungle interior, to waiting purchasers who would buy them and then sell them to local customers at a profit. I also learned from these T-shirt makers and smugglers that they were also exporting the T-shirts to Sumatra, Indonesia, by sea both legally and illegally, too.

One of the most curious encounters I have ever had in all my years of studying Southeast Asia and the region's complex border zones, it raised many questions to my mind:

*2 To provide an anecdote that illustrates this particular query of mine: Thailand—under Prime Minister Thaksin Shinawatra—was elevated to the status of "America's no.1 non-NATO ally in Asia." But this meant little to local youths in the South who felt that their economic and political situation was not given the attention they deserved. When I asked one of the interviewees whether making Osama bin Laden T-shirts indicated that he was a supporter of bin Laden or al-Qaeda, his answer was instantaneous and frank: "Of course not! We don't want to have al-Qaeda here in Thailand. But Osama hates America, and America is friends with Thaksin. So this is our way of showing that we are angry with Thaksin for being America's friend!" This was an instance of organic, ground-level realpolitik explained in simple vernacular terms, and entirely believable.

The answers I received confirmed in my mind the belief that Southeast Asia's borders are indeed artificial constructs that had little meaning and value in the eyes of ordinary people who do not live and work in the technocratic domains of governance and statecraft. Again and again, I was given similar answers: for young Thais in the South, their geographical distance from Bangkok was accompanied by a sense of alienation from the state and a casual disdain for the technocratic concerns of policymakers. The young Thais I interviewed had other issues on their mind, and were concerned more about the state of violence in the restive South of the country; of the evident development gap between the North and South which could be seen in the poor infrastructure around them; and about their own economic future which they felt was not a priority among the elites of the country.

When asked about their sense of "home" and belonging, many of the respondents noted that, as Southern Thais, they had more in common with the Malays of Perlis, Kedah, and Kelantan in Northern Peninsula Malaysia; and that many of them had real, organic links across the border. Their friends were Malaysians, their business partners were Malaysians, and some were married to Malaysians. Some of them also had close ties to the people of North Sumatra, and, as a result of this prolonged contact and constant commercial interaction, their mental universe was one that included Southern Thailand, Northern Malaysia, and Northern Sumatra. Bangkok, on the other hand, was seen as a place that was alien and far away, populated by urban elites and professionals who were regarded as aloof and indifferent. Similarly, Kuala Lumpur and Jakarta were also seen as urban centers far removed from the daily reality of their lives, and irrelevant to their needs and concerns.

So Where is ASEAN?

These observations, though derived from anecdotal encounters, were not unique or particular. In the course of my research across the region of Southeast Asia, I have come across many instances of cross-border movement, the assimilation and formation of organic, meaningful identities that exceed the borders of states and are grounded in the circumstances of the local. Among the Bajao Laut, the sea-faring nomads of Sulawesi, there exists the very real belief that the Bajao [homeland] is the sea, and that the "Bajao world" extends from the Sulawesi Sea to Kalimantan (Indonesia), Minadano, Sulu, and Palawan (the Philippines) and all the way to Sabah (Malaysia) and Brunei. The same can be said about the various Dayak communities whose "homeland" straddles the border between Sarawak (Malaysia) and Kalimantan; as well as the Hmong who are spread from Vietnam to Cambodia. Even in times of crisis—as during the recent political conflict between Thailand and Cambodia over the Preah Vihear Temple—the people who live on both sides of the border do not harbor animosity towards their neighbors, but rather see them as friends and relatives instead.

While all of this may sound post-modern and highly sophisticated, none of this complexity is new. Benedict Anderson's work on nations and nation-building reminds us of the imaginary character of all nations, and how they exist not as things, but rather as ontological objects of the mind. In the works of historians like K. N. Chaudhuri, G. Coedes, and Paul Michel Munoz, we can already see and imagine another Southeast Asia that was without borders, and where the movement of people, ideas, belief-systems as well as goods and commodities was done with ease on a daily basis, rendering centralization of power difficult if not impossible.*3
Contemporary scholarship on Southeast Asian history and politics emphasizes its constructed nature, as a "discursive construct"*4 that came late during the colonial era and which was part and parcel of the process of colonial domination and control. The works of scholars like Anthony Reid have shown that despite the manner in which Western colonialism—particularly from the age of racialized colonial-capitalism—tried to divide Southeast Asia into distinct parts and blocs there has always been these overlapping zones of human contact and exchange, and that bonds of language, culture, religion, and history could never be effectively erased; thus ensuring that the traces of the premodern would always remain even at the height of modern governmentality.*5 Though Southeast Asia today may consist of modern nation-states where the state apparatus is real and visible—an argument that can be seen in the works of Steinberg and Milner*6 —the introduction of the modern state and modern modes of statecraft, administration, and state-management have not diminished the power of these pre-modern bonds.

*3 K. N. Chaudhuri's work is perhaps the most instructive in this respect. Chaudhuri's history of Asia before the age of borders and national identity reminds us of the fact that the "Asia" that we speak of today is largely a discursive-political construct that is the result of Asia's encounter with Western colonialism and imperialism. See, K. N. Chaudhuri, Asia before Europe: Economy and Civilisation of the Indian Ocean from the Rise of Islam to 1750 (Cambridge: Cambridge University Press, 1990).

*4 Farish A. Noor, The Discursive Construction of Southeast Asia in the Discourse of the 19th Century Colonial-Capitalism (Amsterdam: Amsterdam University Press, 2016).

Next Page
Between the State and the Nation: How Close or Distant is ASEAN to Southeast Asian Citizens?

Features
AYANG UTRIZA YAKIN——Islam in Indonesia: Its Roles and Challenges