In celebration of the completion and premiere of Asian Three-Fold Mirror 2016: Reflections at the 29th Tokyo International Film Festival, a symposium was held to hear from the three directors the behind-the-scenes in each of their productions. They each shared with the audience how they found working in a foreign country and with a foreign crew. 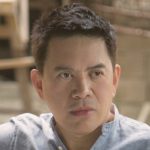 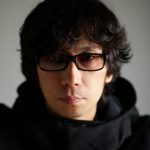 Born in 1968 in Kumamoto Prefecture, Japan, Isao Yukisada made his feature film debut with Sunflower (2000) which won the FIPRESCI Award at the 5th Busan International Film Festival. He also won numerous awards for Go (2001), including the Japan Academy Prize. Crying Out Love in the Center of the World (2004) made the record hit with the attendance of 6.2 million people and box-office takings of 8.5 billion yen. He then directed Snowy Love Fall in Spring (2005) and Parade (2010, the FIPRESCI Award in the Panorama section at the 60th Berlin International Film Festival). He made Kamome as a segment in Camellia (2011), an omnibus film produced for the Busan International Film Festival, Entaku (2014), Pink and Gray (2016), Nikkatsu Roman-Porno Aroused by Gymnopédies (2016) and other films. He also directs theater productions such as Syumi no Heya (2013, 2015) and Tango, Fuyu no Owari ni (2015). Narratage is to be released in 2017. 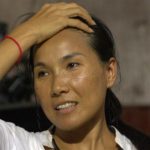 Born in 1973 in Cambodia, Sotho Kulikar grew up during the Khmer Rouge regime and the long-running civil war. She worked as line producer for a variety of films, including Lara Croft: Tomb Raider (2001). Through her production company Hanuman Films, she has produced many films and documentaries, including Ruin which won the Special Orizzonti Jury Prize at the 70th Venice Film Festival in 2013. She made her directorial debut in 2014 with The Last Reel, which won the Special Award from the Japan Foundation Asia Center at the 27th Tokyo International Film Festival. Kulikar is Cambodia's up -coming director, drawing attention from film festivals around the world. 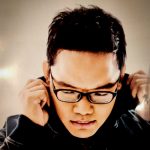 The films of Edmund Yeo had traveled to many major film festivals around the world, winning several awards. In 2009, his Japanese short film Kingyo competed at the Venice Film Festival. In 2010, his other short film Inhalation won the Sonje Award (Best Asian Short) at the 15th Busan International Film Festival. His debut feature film River of Exploding Durians (2014) was the first Malaysian film ever to compete at the Main Competition section of Tokyo International Film Festival. Aside from directing, Edmund is also a producer, writer, and editor, often collaborating with director Woo Ming Jin, notably in Woo's The Tiger Factory, which premiered in Cannes Film Festival 2010. He also co-produced Pigeon (2016), Isao Yukisada's segment for the omnibus Asian Three-Fold Mirrors 2016: Reflections. He is currently working on his new feature film, Aqérot, and a documentary called Yasmin-san.

Kenji Ishizaka (hereinafter Ishizaka): The Asian Three-Fold Mirror 2016: Reflections is the inaugural omnibus film of the Japan Foundation Asia Center and Tokyo International Film Festival's joint-project that brings together three filmmakers from Asia into a coproduction in each other's respective countries. In each film, they depict Asia and its people from their own perspectives which, when brought together, reflect each country's societies and cultures onto a trifold mirror; a filmic crossover that we hope will trigger a sense of community and kinship as neighbors in Asia.

The single condition we set for the directors was for each film - or "episode" as I will call them for convenience - was to be shot somewhere in Asia. Other than that, we allowed the freedom to let them and the producers decide. With its premiere at the 29th Tokyo International Film Festival as a starting point, we plan to organize screenings as well as entries into other film festivals across the ocean.

The theme for this inaugural piece is, "Living Together in Asia." With directors from Cambodia, the Philippines, and Japan, and an on-site shoot in Malaysia, each episode reflects the people who traverse each country, each community.

Today, I think we'd like to hear from these directors the behind-the-scenes episodes. We have a short Behind-the-Scenes film of the omnibus film, so we'll start with that since they are also interesting documentaries, so to speak.
Now, let's start with the first "episode," SHINIUMA Dead Horse. Mr. Mendoza, I heard you filmed in Hokkaido and Manila during February and March, and worked with Ban-ei Keiba, a [horse] racing track located in Obihiro, Hokkaido. How was shooting in the middle of winter? I suspect it must have been extremely tough.

Brillante Ma Mendoza (hereinafter Mendoza): Oh, it certainly was tough. As you know we don't have snow in the Philippines; we only have the rainy season and dry season and it is always warm. So it was very challenging to shoot in Hokkaido in the winter. But it was also very fun. We don't see snow back home so we enjoyed it. We even played around in the snow too, having snowball fights [smiles]. Our flight back was canceled too because of a snow storm so we ended up staying another half-day and used the time to film some more. Although it wasn't initially in the script, we were able to shoot a beautiful scene in the blizzard.

Ishizaka: So you used the delay to shoot a very realistic scene in the snow.

Isao Yukisada (hereinafter Yukisada) : I doubt even Japanese filmmakers can shoot such a beautiful snow storm.

Mendoza: I think it would be hard for anyone to capture a snow storm like this on film. We ended up with a beautiful scene, so we were really lucky.

Ishizaka: And this is another shot of you and your crew in the Philippines.

Mendoza: Yes. We use these tricycles a lot for short-distance travel, so here we are shooting on it. As you can see, the cinematographer is clinging on the roof without a harness of any kind [laughs]. I often film like this, though. One of my mottos is, "have fun on set." So I'm always finding ways to enjoy ourselves.

Ishizaka: I see. By the way, you sometimes use your crew members as cast members, don't you?

Mendoza: Well, a lot of my films are made with only a few members, so inevitably we each end up playing different roles. For instance, the scriptwriter may fiddle with the camera, or the editor may shoot some scenes. I am the director, but I also may be behind the camera or sometime be the props designer. In the same way, the cast play different roles too. For me, I don't distinguish professional actors from amateur directing; I always keep it to minimal directing with simple explanations so that the actor doesn't have to think too hard or exaggerate the character. "Simple is best" in my opinion.

Ishizaka: So you have only a few in your crew, and you use a small, high-sensitivity camera which makes your shoot in Obihiro even seem like a method used in independent films.

Mendoza: I always make the most of whatever or whoever is in front of me. For instance, this [pointing to a production still] is not lighting used for filming. There just happened to be a street lamp and I moved the camera to where the light would nicely enter the frame. If there was sunlight, I would reposition the actors to spots or areas that would be the most natural and would best light them. Basically, I use the light source that is available at each particular moment and site.

Ishizaka: I heard that you also "made it snow" back in the Philippines.

Mendoza: Yes [smiling]. It was in the Behind-the-Scenes film we just showed - the one with Styrofoam pieces being fanned from above.

Yukisada: How was that?

Mendoza: Oh, it was terrible [all laugh]. There was nothing easy about it. We made it snow blowing pieces of Styrofoam with a fan. Lou [Veloso], our leading actor, was complaining that he was getting bits of Styrofoam in his nose and mouth. Since it's so light-weight, it doesn't float down, it gets everywhere. So we were all getting bits up our noses and in our mouths, so I had fun telling him, "Stop complaining, it's not just you." [Laughs]

Ishizaka: Mr. Yukisada, I'm sure the Japanese film crew have a lot of knowledge about making it snow on set, don't you think?

Yukisada: That's true, but it's still difficult because it never snows the way you want it to. You know, because of the wind. It's very hard to have quiet, beautiful powder snow even in Japan. But Dante's [Mendoza's nickname] "snow" was very beautiful; I was impressed. Maybe he is the first to let it snow in the Philippines [smiling].

Yukisada: By the way, the most beautiful snow is made by computer-graphics. But obviously you didn't need it, Dante. If I were in your crew, I would suggest not using CG too.

Features
The Last Reel and its Determinations: Through the Dark Period, and Beyond