Fuyumi Yamamoto is a founder of the "Deaf LGBTQ Center," an organization that supports people who are double minorities of "deaf" and "LGBTQ." She also publishes "Deaf × LGBTQ Support Book," and has been involved in producing a video on LGBTQ. Yamamoto stayed in Manila, Philippines, for about a month in December 2018 as the Japan Foundation's Asia Fellow and conducted researches and exchanges with local support organizations. What differences has she found in the environments surrounding LGBTQ between in Japan and the Philippines, and what would her future goal be?

This article is an abstract of the contents of the Asia Fellow Seminar entitled "Research of activities on the Deaf LGBTQ community in the Philippines" (Japanese only) at Japan Foundation "Sakura" Hall, on May 24, 2019. The seminar was conducted in sign language, and this article was translated into Japanese and then into English.) 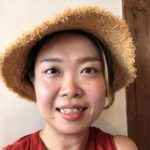 Fuyumi Yamamoto is the representative of the "Deaf LGBTQ Center," an organization that supports people who are double minorities of "deaf" and "LGBTQ." Yamamoto completed the master's program at the Graduate School of Hyogo University of Teacher Education, and from 2015 to 2017, majored in Deaf LGBTQ Studies at Gallaudet University in the United States with support from the Nippon Foundation. Currently engaged in a wide range of activities, including the publication of "Deaf × LGBTQ Support Book," lecturing, writing, and organizing the Japanese National Deaf LGBTQ conference.
Deaf LGBTQ Center (Japanese only)

To start with, I would like to introduce myself. I am a "double minority" as a Deaf and LGBTQ. After establishing Deaf LGBTQ Center in 2014, I wanted to learn more about Deaf LGBTQ. So, I went to study at Gallaudet University in the United States and completed Deaf LGBTQ Studies, with the support of the Nippon Foundation. After that, I worked as an intern at an LGBTQ organization in Canada for two months. Then, after returning to Japan, I have been engaged in several activities including organizing the Japanese National Deaf LGBTQ conference.
In December, 2018, I went to the Philippines to stay there, as an Asia Fellow. The purpose was to conduct a research on LGBTQ support overseas and to cultivate personal exchanges. Today, I would like to report on the results of the exchanges.

First, I would like to explain the identity of the Deaf, which is necessary to be understood before talking about Deaf LGBTQ.
In general, deaf people are often referred to as "disability people," but not all of the people who have hearing problem are the deaf; there are various other states of hearing problems and there are three main categories in them. The first is the deaf. Deaf people are those who have lost hearing before acquiring a spoken language. The second is "late-deafened." The late deafened people are the ones who have lost hearing after acquiring a spoken language. Some people become deaf after experiencing progressive hearing loss and there are others who suddenly lose their hearing. The third is "hearing loss." People who have hearing loss are those who can hear mostly with hearing aids, can make telephone calls or can have voice conversations.
The means of communication is also different in each case. For example, in the case of Japanese deaf people, the most common means of communication is Japanese sign language. Japanese sign language is a visual language, and grammar and vocabulary are different from that of the spoken language. Late deafened people often use Signed Japanese. Signed Japanese is a kind of Japanese language expressed with finger signs each of which applied to Japanese word or phrase and is largely different from Japanese Sign Language.

Sexuality is even more diverse. The term LGBT is often heard in Japan recently but there are actually many other sexualities. Unlike in Japan, a lot more expressions are used in Western countries, such as LGBTQ, LGBTQIA*1 , and LGBTQ +. People who is/want to stay wavering how to or whether to define themselves, thinking like "What is my position?" Or "I wonder if I fit in the LGBT category," sometimes call themselves "Questioning" or "Queer." The letter 'Q' in the word "LGBTQ" represents it.
Recently, the term SOGI (Sexual Orientation & Gender Identity) has also been seen. LGBT is a term for sexual minorities, while SOGI is an acronym for sexual orientation and gender identity, which everyone has. It is not solely saying about sexual minorities.
Sexual orientation is about, for example, if the person you like would be a man, a woman, or both. There are some people who have never liked or been thrilled by anyone.
Which does one want to wear when he or she goes to school, pants or skirt? Which style does one like his or her hair, long or short? Does he or she put on make-up or not? Such matters that are related to expressing "masculinity" and "femininity" are called Gender Expressions. Gender Identity is what kind of gender expression you like and how you think about your gender. Some people are biological male, but gender identity is female, while others are female but don't want to wear skirts. Some people can't decide what their gender is. In other words, genders are not only for men and women, but each of us exist somewhere on such a gradation.

*1 Lesbian (female homosexuals), Gay (male homosexuals), Bisexual (attracted to both men and women), Transgender (one whose gender identity does not match his/her sex assigned at birth), Queer (originally meant "strange" in a deceptive sense, but recently used in a prideful way by some sexual minorities), Intersex (a collective term for people who are born with a sexual anatomy that doesn't fit the typical definitions of female or male), and Asexual (having no interest in sexual relationships).

It is said that "Sex is between your legs; Sexuality is between your ears." *2 The sexuality does not necessarily match the biological sex. The word 'sexuality' has a wide range of meanings, including abilities, activities, attitudes, psychology, physiological impulses and sexual attraction.

*2 Words said by Dr. Calderone and Dr. Kirkendall, who established the Sex Information and Education Council of the United States (SIECUS) in 1964.

Now, I would like to talk about the Philippines where I visited to research as a fellow. The country comprises more than 7,000 islands and is collectively called "The Republic of the Philippines." Historically, various cultures have been mixed through long colonial experiences under supervision of Spain and some other countries. There also are a wide variety of languages there, including the official languages, Filipino and English, and many local languages.
Ninety percent of the citizens are Christians and there are numbers of churches there. The Philippines is also a country which has been strongly influenced by Christianity. As I visited in December, Christmas celebration was widely taking place. The atmosphere was very cheerful and bright which I just enjoyed. On the other hand, the influence of Christianity might work negatively on LGBTQ people. As the Philippines is dominated in numbers by conservative Catholics in Christianity, it is said to be unlikely that same-sex marriage would be legally recognized in the future. Gender transition are not allowed, either. This is the current situation in the country of the Philippines.

We understand that there are 121,000 hearing impaired people, including those with hearing loss, in the Philippines. There are only 975 people*3 who use sign language. There are 200 Deaf schools in the Philippines, both public and private. In Japan, there are only 106 Deaf schools, so, there are far more in the Philippines. Each school has its own educational policy and characteristics. There are some schools specialized in teaching sign language.
Deaf people may use Filipino Sign Language (FSL) in everyday conversations and Pilipino Sign Language (PSL) in public places like schools and government offices. While PSL is a so-called standard sign language, FSL is a sign language formed by the Deaf community in each region and is important for the region. For Deaf people, whether they are to use PSL or FSL is the matter of their identity.
Under such circumstances, in 2011, the Philippine Government Minister of Education proclaimed the need to use PSL in the field of deaf education, which triggered a backlash by the Deaf community. As the FSL is extremely diverse in the Philippines, the spread of the same one sign language (PSL) through educational institutions is more difficult than to spread the spoken language.

Eventually, in 2018, President Duterte enacted "The Filipino Sign Language Act,"*4 which declares the Filipino Sign Language (FSL) as the National Sign Language of the Filipino Deaf. This law has mandated the use of FSL in schools and also opportunities to interpret conversations and speeches at Government Agencies, law courts, and TV shows have been increased. Although situations where this law is fully utilized are limited, due to the problems like lack of interpreters, enactment of this law is considered to be a major step forward.

*4 Provisional translation by the Japanese Federation of Deaf (Japanese)

Next Page
What is the situation surrounding the Deaf LGBTQ in the Philippines?