Boo Junfeng is a highly recognized Singaporean director whose films have been shown in many international film festivals. The most recent of his film, Apprentice, was screened at the 2016 Cannes Film Festival (Un Certain Regard) and the 29th Tokyo International Film Festival. On this occasion, we spoke to him about the circumstances surrounding Singapore's film production and the director's future prospects. 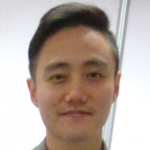 Film director. Born in Singapore in 1983. Having trained in film schools in Singapore and Spain, Boo Junfeng's works often centers on themes of identity, memory, and sexuality. He mentored under Hou Hsiao-Hsien, the world-renowned Taiwanese film director, at the 2005 Asian Film Academy hosted by the Busan International Film Festival, and since, his short films have won awards at numerous prestigious international film festivals. His debut feature film, Sandcastle, premiered at the International Critics Week during the 2010 Cannes Film Festival and, at the inaugural Vietnam International Film Festival in 2010, it won awards for Best Feature Film, Best Director, and the NETPAC Jury Award. 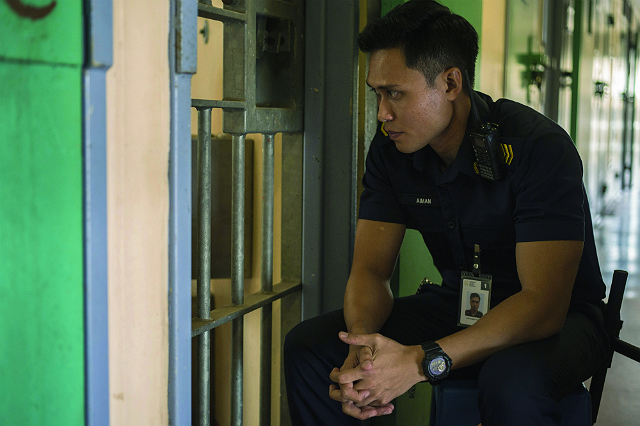 Aiman is a 28-year-old Malay correctional officer recently transferred to the nation's top prison. At his new work, Aiman begins to take an interest in a 65-year-old sergeant, Rahim, who is the long-serving chief executioner of the prison. Rahim takes notice of the principled and diligent Aiman, whom, when Rahim's assistant suddenly quits, he asks to become his apprentice. As their professional relationship develops, it is soon revealed that Aiman's father was one of many criminals executed by Rahim. Torn between this fact while also believing that everyone, even criminals, deserve a second chance, Aiman struggles to deal with his duties as possibly the next chief executioner and his morals.

― I understand Apprentice is a joint-effort of film productions from Singapore, Germany, France, Hong Kong, and Qatar, and the cast and crew were also very international. How did this all start; how did this project with such a diverse team start?

Boo Junfeng (hereafter Boo) : The topic of this film is extremely sensitive, so I suspected realizing it with funding only from Singapore would be unrealistic from the get go. But the producers have many networks, and they worked really hard. I think we were a good team. It all started with my producer Raymond Phathanavirangoon's connection with Pang Ho-Cheung, a Hong Kong director whom he had worked with before. Ho-Cheung liked my script and kindly decided to invest in the film. Then, it was selected for the CineMart Selection 2012 at the International Film Festival Rotterdam which allowed me to get funding from Germany and France. For Qatar, we applied for post-production funding from the Doha Film Institute. Eventually, we ended up with producers from five countries.

― How did you find Wan Hanafi Su who plays the chief executioner?

Boo: When we were casting, we didn't want to limit the lead actors to any particular race, Chinese, Indian, or Malaysian. We were looking in Singapore and Malaysia, and while searching in Kuala Lumpur we looked to audition many actors. But unfortunately we couldn't find anyone who had the gravitas that we were looking for. So, we—my casting director and I— went to a DVD shop to pick out films with old-ish actors in them. Afterwards, we watched them all back at the hotel. That’s when we found Wan Hanafi Su in Dain Said's Bunohan also known as Bunohan: Return to Murder.

― I see. It must have been tough for you to find the right cast.

Boo: Yes, it was. Unfortunately, Wan didn't live in Kuala Lumpur either; he lives up north in a village. So we had to go on a different trip to meet with him. He didn't have a passport at that time [smiles]. Although, finally we decided that Wan is the best for the role and we got him a passport to come to Singapore.

― What were some of the difficulties with funding from different countries?

Boo: The funding scheme in Singapore for productions is such that they will fund up to 40 percent of Singapore spend. That means that we need to raise the remaining 60 percent. For production companies with commercial purposes, they would already have the capital to invest in films, but those of us who lean towards arthouse films need to seek funding from elsewhere. Plus the funding from Singapore excludes costs of shooting in other countries. Since we shot outside Singapore—for instance, the prison scenes were in Australia—naturally we had to find external funding too.

― Did you not apply for funding from Australia?

Boo: We thought about it, but our budget was too small to apply for their financing schemes. In the end, we used the funds raised in Germany and France to shoot in Australia.

Expanding the Perception of Arthouse Films

― I heard Apprentice was well-received in Singapore. I personally think it provokes thought; it's not just a mainstream, straight-up entertainment film, but one that audiences actually think about. Do you think audiences in Singapore are more appreciative or aware of diverse films like this now?

Boo: I think the good response that we got in Singapore is a result of a lot of hard work. We had to always be very clever in how we wanted to market the film; we had to strategize. We made sure that we kept the number of theaters low, and ended up with having seven screens. For a Singapore film, it's a medium-sized release, I think. But we were happy that it ran for eight weeks. It's interesting because it seems that the audience was pleasantly surprised that this was an art film: that they, who are familiar mostly with mainstream films, could understand it. So I think this film also helped to expand the perception of what arthouse films can be.

Boo: Singapore is an English-speaking territory and is saturated with Hollywood films. Even some of the titles that come to Singapore are quite often the same-day release as the United States. We have Hong Kong films, Bollywood, Japanese, and Korean films, so the film industry is very crowded [smiles]. There is no quota system to protect Singapore films; it's like we are always playing on the same field as these other giant films.

As a Film Director, as an Artist

― You are not only a filmmaker, but also an artist, and are venturing into the visual arts as well as we can see from your participation in the 2013 Singapore Biennale. Do you, in any way, differentiate your methods working within the film and visual arts? Or is it that the spheres of presenting your works are just different?

Boo: I became an artist by accident. One artist in Singapore whose career runs for a long time saw my first film, Sandcastle, and he suggested that I create a work for a gallery. I was very excited because there were no restrictions. I could do whatever I wanted, it was very liberating. So, I made a video installation titled Happy and Free for the Singapore Biennale. It is a proper karaoke setup and we encouraged the visitors can sing to it. Art is not limited to the cinematic form and I'm allowed to be a lot more experimental with how to use the space. I probably define the two—film and the visual arts—as ideas that are "cinematic" can be made into a film and be screened in movie theaters, and those that are more conceptual, perhaps more abstract, are better suited to be installed in the gallery spaces.

― What are your plans as an artist for the near future?

Boo: Earlier this year, I was in a joint show at Pearl Lam Galleries in Singapore with Hong Kong artists. But, I think my primary focus will still be film. I am open to trying new things, though [smiles].

― I see. I very much look forward to your work, both as a director and artist. Thank you very much for your time today.

The National Art Center, Tokyo, Mori Art Museum, and Japan Foundation Asia Center will organize SUNSHOWER: Contemporary Art from Southeast Asia 1980s to Now from July to October 2017. This exhibition will show Happy and Free, Boo Junfeng's installation mentioned above. Furthermore, on 22nd and 29th January, "Identity Issues in Singapore and Malaysia Seen through Films" will be held, where Boo Junfeng's first feature film, Sandcastle, and Sepet by director Yasmin Ahmad will be screened. There will be a talk show among the curators and film professionals on 22nd. For details, please visit the National Art Center, Tokyo website.
http://www.nact.jp/10th_anniversary_en/#concurrent