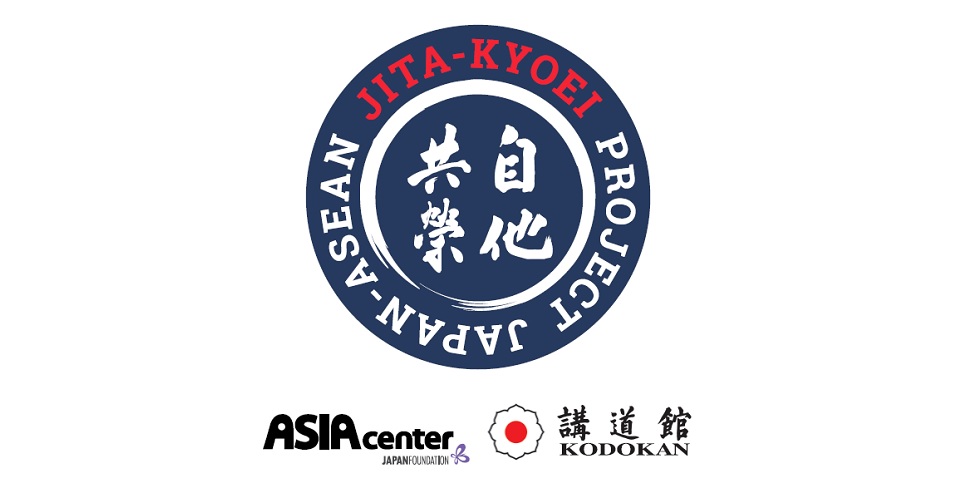 A sport that originated in Japan and is now enjoyed worldwide, Judo will be the channel through which the Japan Foundation Asia Center and the Kodokan Judo Institute will seek collaboration with their ASEAN counterparts. Through many forms of interaction—from the personal to providing coaching guidance and teaching materials—this project encourages developments in exchange programs, human resources, and network-building.

Initiated in this fiscal year (FY2017), the Asia Center and Kodokan have come together to pursue a Judo Exchange Project that involves the training of instructors to master advanced skills and theoretical knowledge, and programs tailored toward athletes, instructors, and referees. Through such engagements, this project will contribute to the international Judo community by sharing the Japanese systematization and ideals in Judo, build networks among institutions, and thus stimulate mutual understanding among the parties involved.

[What is JITA-KYOEI (自他共栄) ?]
The philosophy of jita-kyoei (translated as mutual welfare and benefit) lies at the core of Kodokan founder, Kano Jigoro's teachings, and is elaborated as "each member of society and the groups organised within must function in harmony and cooperation with the others" and "to contribute to the evolution and development of humans and societies." As his philosophy echoes with the Asia Center's mission, the project was named after this particular phrase.