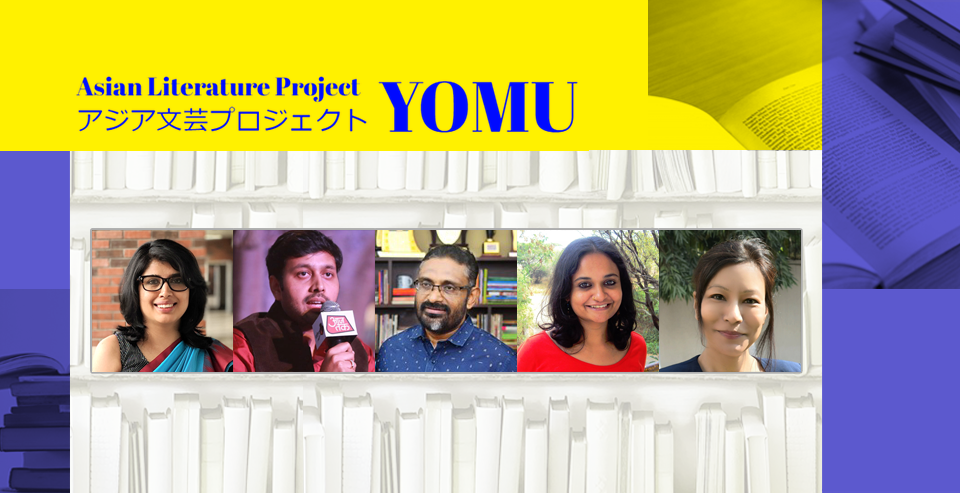 Portrayal of Today's India in Literature

We would like to extend the wings of our imagination―how are people from different backgrounds in various parts of India living under the unusual circumstances of the pandemic every day? So, as a small step, we asked five writers to write short stories with the theme "Real Renaissance," and five stories of hope were born, focusing on how humans face a different set of challenges. Further, the experts from various regions introducing these five authors provided reports on each region's sociolinguistic situation and current literary trends. The act of reading stories may feel like an individual activity, but it will actually help you believe that act's power of connecting people with empathy.

About the Illustrations
Illustrations symbolizing the world of the five stories from India were newly drawn by an illustrator also from India. Please enjoy the illustrations along with the essays and short stories.

Samia Singh
Samia Singh is a graphic designer and an artist based in Chandigarh, India. Some of her skills include illustration, graphic design, web design, packaging design, brand strategy, making comics & music. Samia is the Creative Director of Preet Nagar Residency, an artist and writers residency in Preet Nagar, that was set up by her great grandfather in the 1930s.

The Round table discussion by 5 writers from India
"Renaissance of Life: Celebration of Humanity in Time of Difficulty"

Five writers presented their new works for the Asian Literature Project "YOMU". What did these writers from various states of India experienced from their "solitude" during the pandemic? What did they try to convey through their stories? They discussed the five works with Urvashi Butalia, who has been active in the women's movement in India for over three decades and is also an independent researcher and writer. The video recording is available.

Speakers：
Sumana Roy Moss and Dust and the Human Heart
Nikhil Sachan Stories of Hope from India, during Second Wave of Covid-19
Benyamin Not Cancelled, It's a Period of Learning
Sowmya Rajendran Black Sky
Rashmi Narzary Singing a Springsong

Interview: Kanishka Gupta Spoke regarding the Publication Trend in India

During the pandemic, the literary scene in India was also forced to undergo major changes. We spoke with Kanishka Gupta, the founder of the largest literary agency in South Asia, about working with authors and publishers in the publishing sector and the latest literary trend in India. We also discuss the challenges of publishing works written in various Indian languages to foreign markets.

Kanishka Gupta
Kanishka Gupta is a literary agent, writer and publishing commentator best known for his critically acclaimed series for Scroll.in called Publishing and the Pandemic. He is the founder of Writer's Side, the largest literary agency and consultancy in South Asia. His first novel History Of Hate was longlisted for the Man Asian Literary Prize in 2009 and was published in 2010.