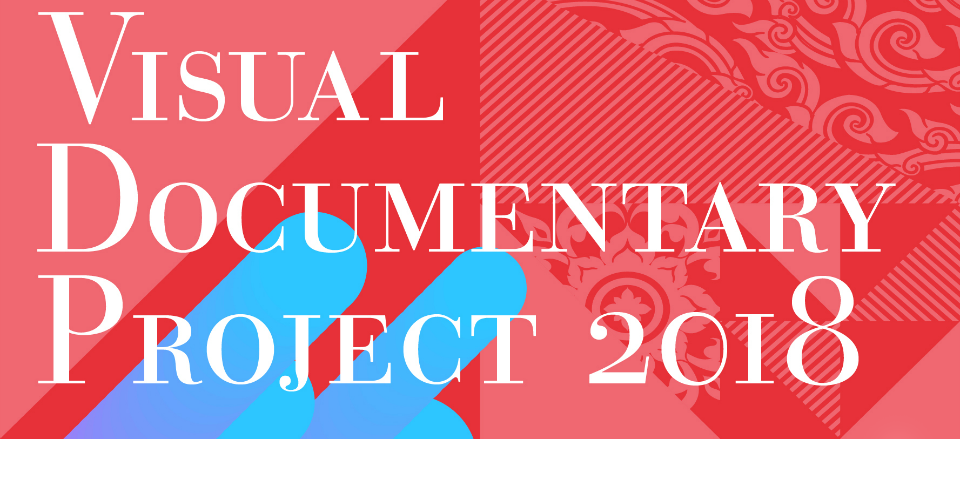 Upon the selection of the five winners for Visual Documentary Project 2018, we will now be organizing film screenings in Kyoto and Tokyo on December 13 and 15 respectively.
Visual Documentary Project (VDP) is a joint project between the Japan Foundation Asia Center and the Center for Southeast Asian Studies (CSEAS), Kyoto University that offers a platform for Asian Filmmakers in the Southeast Asian region to express their realities through documentaries and introduce them to a broader audience.

For the 2018 iteration of VDP, we called for short documentaries that dealt with the theme of "Popular Culture in Southeast Asia," overviewing various aspects of expression of Popular Culture in Southeast Asia. Award-winning film director Rithy Panh from Cambodia and Professor Kenji Ishizaka (Asian Future Programming Director, Tokyo International Film Festival) joined as jurors to select the short documentaries for the screenings.

Among the 117 spectacular documentaries from across Southeast Asia, five were selected which we will screen in Kyoto on December 13 (Thursday) and Tokyo on December 15 (Saturday), 2018. The directors and crew of these works will be invited to Japan for this occasion to join us for the talk discussion with commentators.

Currently in Cambodia, Khmer Theater is in decline as fewer people watch it and don't know about its existence. The Cambodian Theater introduces the passion of a few artists involved in keeping alive and protecting the tradition of theater. It offers a sensitive portrayal of people who hold down regular jobs during the day, but get together and prepare stage plays during seasonal tours.

A 15-year-old girl Rito is bullied at school, becomes depressed, and leaves at grade 7. This documentary pulls out Rito's story and how she came to cosplay as a way of escaping from reality, becoming another person, and transforming into virtual characters. RITO RITO focuses on how, through cosplay, friendships are made, and society is mediated. A sensitive depiction of social transformation and the influence of cosplay tradition in urban Vietnamese society.

The Fighter introduces Pencak Dor martial arts fighting and the story of Pati, who aims to compete in the ring. Yudi, an experienced fighter, trains Pati and other Silat students. The 'free ring' format of Pencak Dor contests have become a magnet for fighters wanting to test their strength and demonstrate skills in combat. With no winners nor losers, no insurance and only special prayers for safety, The Fighter focuses on the role and development of Silat in the fighters' everyday lives.

RAPTHAI introduces how "rap" culture has taken root in and influenced contemporary Thai society. Focusing on the synergy between Thai culture and "rap" music tradition, this documentary homes in on the stories of 12 Thai rappers and presents a unique look at the different styles they express through their life experiences.

* One of the commentators in Kyoto Screening, Mr. Satoru Kobayashi posted on the flyer has changed to Ms. Tomoko Fukutomi.

On the Visual Documentary Project

Southeast Asia is rich in its diversity of ethnic, religious and cultural composition. The region has maintained the coexistence of such diversity while at the same time achieving economic progress and becoming a hub for the flow of people, goods, money and information. Yet at present, the region is also confronted with serious issues such as the decrease of biodiversity and tropical forests, disasters, pandemics, aging population, ethnic and religious conflicts, economic differentiation, and poverty.

In the face of this, how is coexistence and sustainability possible despite the diversity that exists? How can we make public resources out of the region's social foundations which are the basis of people's everyday lives? And, how can we connect these in a complementary way to existing systems of governance towards solving the problems and issues mentioned above?

In order to address these questions in the context of Southeast Asia, the Center for Southeast Asian Studies, Kyoto University initiated the Visual Documentary project which explicitly examines everyday life through a visual approach in 2012. This project aims to use visual forms of expression to complement the growing literature that exists on Southeast Asian societies. From 2014, the Japan Foundation Asia Center joined this project as a co-organizer to help widely promote the richness of Southeast Asian cultures to people in Japan.

As of 2016, the project has linked up with numerous film schools in the region to help strengthen the documentary filmmaking network.

The Visual Documentary Project, organized by the Japan Foundation Asia Center and Center for Southeast Asian Studies (CSEAS), Kyoto University, offers a platform for Asian Filmmakers to express their realities through documentaries and introduce them to a broader audience. The theme this year is "Urban Life in Southeast Asia."