It is said that the Philippines is least connected in Southeast Asia to the international network of performing arts. One of the exceptions is the artist Eisa Jocson based in Manila and Brussels. On the other hand, JK and Sarah, who have established their company "Sipat Lawin Ensemble" and work outside theaters involving audience in local communities in the creation process, have been planning to make their "Karnabal Festival" an international platform receiving Eisa's advice. We must be able to see an aspect of the contemporary performing arts scene in the Philippines in their activities. 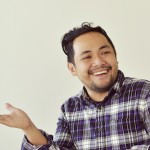 Artistic director of Manila-based independent contemporary performance company, the Sipat Lawin Ensemble, and is a founding member of PResNT: Performance Research Network, and Acting Without Borders. Founder of Project Banig: Storytelling Everywhere Campaign encouraging volunteerism and storytelling in communities nation-wide and Storytelling Sector Representative - Philippine Board on Books for Young People. He was a performing arts co-curator for Project Bakawan: Art and Environment Festival and Festival Director of KARNABAL: Performance and Social Innovation Festival 2015. He is a fellow of Japan Foundation Asia Center HANDS Project: Creativity and Disaster Education and a guest lecturer-facilitator for Cultural Center of the Philippines’ Art Education Division. JK is currently teaching Basic Acting and Directing Classes at the Philippine High School for the Arts. 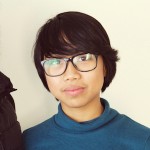 A multi-field artist, teacher and manager. She graduated from the Philippine High School for the Arts (PHSA) in 2008, and the University of the Philippines Diliman in 2013. She has worked with the Sipat Lawin Ensemble as "artist-manager" (actor, storyteller, mover, stage manager, production manager, dramaturg, curator and teacher) since 2009. Since 2013, she has been co-director of KARNABAL Festival, a pioneering contemporary and alternative creative laboratory for performance and social innovations in the Philippines. She currently teaches Applied Arts at PHSA. 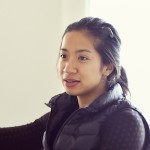 Based in Manila, Philippines, and supported in Brussels, Belgium, she has been creating works that explore the dancing body in contemporary society exposing gender formation, seduction politics and Filipino social mobility In 2010, she did a project where she pole danced using poles for flags and signs in urban public space. Death of the Pole Dancer (2011), a pole dance piece that unpacks themes such as sexuality, violence and power, and Macho Dancer (2013), where she uses her body to perform a male dance that is intended for male and female audience, have drawn international attention. In 2014, Death of the Pole Dancer was presented at AI.Hall in Itami, Hyogo, and she was selected as a Visiting Fellow of The Saison Foundation. She presented a work-in-progress Host based on her research in Japan, at TPAM in 2015.

Makiko Yamaguchi(hereinafter Yamaguchi): Thank you for being here with us today. First of all, let me ask how JK became an artist.

JK Anicoche(hereinafter JK): Probably influenced by my grandparents. My grandfather would write plays for theaters in a village in the Northern part of the Philippines. The plays were in the form of melodrama that was popular in the 1960s and 70s, and my grandmother would perform in them. Also, in the Philippines, children are often encouraged to perform and urged to dance in community gatherings. I participated in several storytelling contests. Later I entered the Philippines High School for the Arts, and after graduating, I worked as a freelance performer in various companies in Manila while studying film at the University of the Philippines.

Yamaguchi: You studied film too.

JK: Yes. My sensei ("teacher" in Japanese) told me that I should study something that would make money, since I had already studied theatre, so that I would be able to continue things that I wanted to do. Indeed, about ten years ago, it was difficult to make one's living by working in the field of theatre. One had to perform in corporate events and take many different jobs at the same time to make living. Then I started to teach at the High School and direct a theatre company of the University.

Yamaguchi: Thank you. Sarah, how did you?

Sarah Salazar (hereinafter Sarah): My family is all from scientific backgrounds, and both my parents are agriculturists. I got in touch with performance in my childhood when I took part in a declamation contest. Then I entered the Philippines High School for the Arts not really knowing what theatre was. I just thought it would be fun to go to school in the mountains moving away from my parents. I met JK when I was in my second year, and the next year he was already teaching. After graduating, when I was studying at a university in the province, JK invited me to creative projects in the city. I wanted to contribute, so I followed him.

JK: That was my fault (laughs).

Sarah: Actually it was hard to think of theatre as a profession. My family is not involved in art at all, and my relatives told me that I wouldn't be able to make a living through it, that I should perform in TV shows or become a journalist instead, but JK kept involving me. Finally I persuaded my parents and moved to the University of the Philippines, where I took up Art Studies and gained diverse points of view about different artistic practices. I joined Sipat Lawin while being a student there.

Sipat Lawin Ensemble and a Platform

Yamaguchi: And how did the Sipat Lawin Ensemble come into existence?

JK: Most of my friends who studied together at the Philippines High School for the Arts became freelance, but since they were involved in a lot of musicals and children's theatre, they wanted to work on Western classics and did it every summer. At that time we had countless new ideas, common problems and themes that we wanted to talk about, but creation at a theater would cost too much, so we decided to focus on the basic elements of performance: as we learned at the school, the Actor, Action and Audience. A performance should be able to sustain itself without a theater, stage design or lighting design. We had to look for inexpensive venues such as bars and galleries and perform there, and we wanted to continue. We would get together after work and rehearsed from 10 p.m. to 2 a.m., but we couldn't keep going that way. However, what we wanted to do didn't fit the existing spaces and conventional companies. So we thought we should produce our own activities as independent artists together, and established the Sipat Lawin Ensemble to start working intensively.

Yamaguchi: What kinds of members do you have?

JK: All of the current members work both on management and projects. We have three programs: Children's Wing, a voluntary storytelling for children, Main Wing — "Wing" comes from the name of the company: "Lawin" means a hawk that lives in the mountains and "Sipat" means a bird's eye-view, which expresses the range of our works. And we have Theatre-in-a-Backpack, a series of workshops. We decided to regard management as our own work. We thought that would be sustainable. The basic idea in our practice is that an artist is a social existence. We develop many creations and performances, and they are shared among the 18 "artists-managers."

JK: Yes. They are at the same time artists and managers. I direct, but I am also a production manager.

Sarah: I am a performer, but I also teach. I manage projects too.

JK: In Manila, independent performances have recently been active, and I am happy that we belong to the scene. Of course, the situation is still difficult, and the main issue is sustainability. There are many festivals that present productions, but there is no space for young artists to develop new works. Fortunately we have our own platform. Sipat Lawin thinks that artists themselves should create the precondition for creation. We have shared resources, we fortunately have a small studio, we can cooperate with galleries, and we share the experience with other people.