Over the past five years the Japan Foundation Asia Center has worked on cultural exchanges between Japan and Southeast Asia, culminating in the event, "Asia in Resonance 2019". As part of this event, we conducted a special screening of Southeast Asian films that have made a remarkable breakthrough and held a symposium on Wednesday, July 3 through Wednesday, July 10. The symposium entitled "Discuss the Transnational Relation in Films" invited international and domestic guests engaged in filmmaking, screening and diffusion, and education to discuss desired global human resources in the film sector and possibilities of international collaboration, along with case presentations.

[This is a report of the symposium "Towards Global Human Resources Development for the Next-Generation of Filmmakers" held as part of the event "MASTERS OF SOUTHEAST ASIAN CINEMA / Asia in Resonance 2019" on July 3, 2019.] 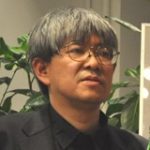 In 1987 Ichiyama joined Shochiku. Since then he has been an active producer. His major films include Naoto Takenaka's Nowhere Man (1991), Hou Hsiao-hsien's Flowers of Shanghai (1998), Jia Zhangke's A Touch of Sin (2013), and SABU's Mr. Long (2017). In 2000 he launched a film festival, TOKYO FILMeX for which he serves as a director. Since 2013 he has been a visiting professor of the Graduate School of Film and New Media, Tokyo University of the Arts. 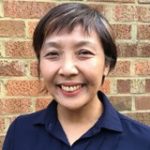 Board of directors of the Yamagata International Documentary Film Festival, a director of the Independent Cinema Guild, and an executive committee member of Tokyo Docs. Since 2009 Fujioka has supervised a training camp type of workshops for filmmakers across Asia. In 2018 she launched "Yamagata Documentary DOJO", a one-month residency program. She has actively screened and diffused Asian documentary films, as well as has supported filmmaking. 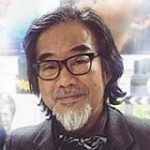 Since college Yasuoka has been engaged in documentary filmmaking. He worked as an assistant director for Kazuo Hara's The Emperor's Naked Army Marches On (1987). He produced a number of independent films, including Tatsuya Mori's A (1998). Since 1988 he has taught documentary filmmaking at the Yokohama Broadcasting Technical School. Since 2011 he has been a professor of the Japan Institute of the Moving Image. He co-authored A2, Nihon no Documentary (Documentary Films in Japan), and 311 wo toru (Filming 311).

Current state of Human Resources Development in the Film sector

Takaaki Ikeda (hereinafter Ikeda):Though we don't have much time today, we will first listen to each discussant's case and then discuss an important theme of human resources development (jinzai ikusei).

This symposium is very significant in the following three points. First, surprisingly few symposiums have directly dealt with the question of human resources development in the film industry (to the best of my knowledge). Second, this symposium allows us to focus on not Hollywood things but Asia where we belong. Third, this venue is significant. In considering film, it is important to study other artistic culture. Before embarking on a cultural exchange with other countries, I am convinced that cinema must interact with other artistic culture within Japan. In this sense I strongly feel the significance of holding a cinematic symposium at the Tokyo Metropolitan Theatre, which provides the basis for performing arts.

This time we included the word, "global" in the title. More than twenty years has passed since "global" widely replaced "international". Cinematic exchanges have advanced across the national borders (inter-national=between nations). While the concept of country is still important in international co-production in which fund-raising poses the question of which country the film belongs to, actual filmmaking is getting more global, regardless of nationalities.

In explaining jinzai ikusei in English, we can think of many translations according to contexts of use. As this shows, the word contains various elements. What will come to your mind when asked to list the three most important points in jinzai ikusei. If I were to answer the question, I would list the following three, which I have encountered in a business book. (1) Give people a chance, (2) make them take on a challenge, and (3) acknowledge their outcome; if they don't have any, give them good feedback. These three points are important in considering jinzai ikusei in any field. If you search for "Film, jinzai ikusei" in Japan, you can hardly find any comprehensive material. In the theatrical world, an incorporated non-profit organization, "Explat"*1 holds a joint orientation meeting for interns twice a year. In addition to this, it provides individual consultation. Its site provides diverse information about labor contract, how to help women with children to work, and research on a working environment. If you conduct a complex search for "Film, Education, Training" abroad, you can easily find the British Council's site for example that lists organizations offering training in filmmaking and related areas*2 . Or you can find a dedicated site to people aspiring to work in the film industry, providing a page that tells you how to write a CV*3 . It is one of our biggest challenges to organize information in Japan.

Finally, it is one of the greatest problems that we cannot find employment for educated people. In the Japanese content industries, the animation sector has conducted various surveys for many years now. In the TV sector, the Association of All Japan TV Program Production Companies (ATP) has issued a timely topic of "How to Approach Work Style Reform". In the (backward) film sector, too, the Ministry of Economy, Trade and Industry is currently conducting a "Film Production Workforce Survey". At the beginning of the questionnaire survey, "We will conduct a fact-finding survey targeting people engaging in film production," it says, "in an attempt to keep the film industry growing as what everyone longs for" and into "the one in which they can work with dreams" "even twenty or thirty years later". I am concerned about the meaning of "even" which is ambiguous as they may think that the film industry is really the "one everyone longs for" "even" now or they hope that it will develop into the one in twenty or thirty years' time (without "even") as its realities are not what they should be*4 .

1. Asian Docs Co-Production Network Forum (Takaharu Yasuoka)
Born in September 2015, this project constitutes a new section of the DMZ International Documentary Film Festival in Korea. It aims for the co-existence and mutual understanding of East Asian countries. International documentary filmmakers and educational organizations work together to educate young filmmakers. It had the first course (September 2015 to September 2016) and the second course (March 2017 to September 2018) where lecturers and students gathered from each participating school. They had planning discussion about the co-production of documentary films, made presentations, attended or supervised filmmaking courses. At the closing they screened the completed films from the participating countries at the DMZ International Documentary Film Festival. This is financed by the DMZ Doc FUND of the film festival. The following universities participated in the course(s): Korea National University of Arts (the first course and the second); Yong-In University/ Korea (the second course); National Tainan University of the Arts (the first course and the second); Tongji University /China (the first course); Yunnan Arts University /China(the second course); and the Japan Institute of the Moving Image.

2. Yamagata Documentary DOJO (Asako Fujioka)
The Yamagata Documentary DOJO invites five documentary filmmakers from Southeast Asia to Yamagata City and supports their four-week stay in Zao Onsen. It is an artist in residence (AIR) program. It had the first DOJO on October 24, 2018 through November 19, 2018 (27 days). It offered workshops run by international lecturers active in the forefront of global documentary films as well as Japanese filmmakers. These workshops provided the opportunities to polish their film plans for the participants, who also took part in a local independent screening and community events to deepen their interaction with local people. They created short films that encapsulate their impression of the stay. At the end of their residency the DOJO held briefings to report on the results at both Zao Onsen and Cinema House Otsuka in Tokyo. It will hold a second DOJO on November 6, 2019 through December 5, 2019 (30 days). As an exchange program, it is also planning Japanese filmmakers' residency stay in Singapore in February or March 2020.

3. Talents Tokyo (Shozo Ichiyama)
In 2010 "Talents Tokyo" was launched as an Asian version of the "Berlinale Talents", a talent development program of the Berlin International Film Festival".* It intends to develop talents who have the potential of becoming "Next Masters" in the film sector. It invites 15 young filmmakers and producers from East and Southeast Asia to Tokyo. It offers a six-day workshop in which they present their feature plans to receive feedback and attend lectures by professionals. It aims to strengthen both a network of talents among themselves and the one of talents and professionals.