There was a huge "Asia boom" in Japan in the 1990s. Dick Lee was the iconic figure in that boom. He returned to Japan, this time as a film director, with his first feature Wonder Boy, a biopic that tells his early days as a musician. We interviewed him during his visit to Fukuoka for the international premiere of the film at Focus on Asia Fukuoka International Film Festival, and asked about his relationship with Japan and the issue of identity, which he has been tackled through his colorful career. 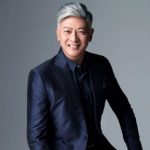 Born in 1956 and hailing from Singapore, Dick Lee is a multi-talented performer, known as a musician, a composer and more. He made his music debut in 1971 when his first music album Life Story featuring his own compositions, was released. Wonder Boy (2017) is his first feature film as a director.

Ken Takiguchi (hereinafter Takiguchi): The Japan Foundation Asia Center (hereinafter JFAC): Your first film, Wonder Boyjust kicked off this year's Focus on Asia Fukuoka International Film Festival. It was the international premiere of this biopic that tells how you emerged as a singer-songwriter, with an intriguing portrayal of the swinging 1970s in Singapore. You wore two hats in making this film—the scriptwriter and director. Which role was more challenging?

Dick Lee (hereinafter Lee): Well, the writing, probably. Considering it's my own story, it should have been easy, but it was actually really difficult. Even though the film covers only three years of my life from sixteen to eighteen, the film would have been quite long if I had told the whole story. A lot of things happened actually. Those who know me would say that those three years made me what I am now.

There are some other treatments as well. My sister actually died ten years later than what is described in the movie; I made it earlier in the film for dramatic purposes. The car her boyfriend was driving crashed and she passed away. It was after I refused to have a birthday party with my family. These scenes and incidents which are also portrayed in the film are all true. I just changed the time-frame. The timing of her passing was not the issue; her loss would have had the same impact on me regardless.

Takiguchi: Benjamin Kheng played you in this film. How did that feel—of directing someone playing yourself?

Lee: First of all, I met him in National Broadway Company, a theater production directed by the famous Singaporean theater director Ong Keng Sen, which was commissioned by Esplanade Theatres on the Bay to celebrate its 10th anniversary in 2013. It revisited some of Singapore's most iconic musicals, since the 1980s. Characters in this production were real-life artists, composers, directors, and actors of these musicals. There was a role of "Dick Lee," and Benjamin played it.
I was so impressed with his performance that I told him, "If I ever make a movie, I want you to be me." It was supposed to be a joke as I had no plan of making a film. But then the time came, and I thought, "Why not offer him the part?" Benjamin is also a singer so he could identify with some of the issues I was carrying as a musician.

Takiguchi: I wonder how difficult or even stressful it must have been for Benjamin to play the role of an actual person, especially in front of the person himself. In National Broadway Company, you were also on stage performing Esplanade's CEO, Benson Puah. Did that make you nervous?

Lee: I was not really trying to be like Benson Puah. It was a light inside joke among us. But Benjamin had a much harder job; he had to study me. He did not want to copy me but instead wanted to capture some elements of me to develop the character.

We shot this film in only eighteen days because we were on a low budget; we had to squeeze everything in from morning to night. We kept jumping from one scene to another—from the death of a family member to a party, for instance. My actors had to really be prepared and I had to make it sure that they knew their roles, not just the scenes.
My experience of directing theater helped me, I think, because I had workshops and readings with the actors before the actual shooting. In one occasion, I let Benjamin and Constance Song, who played the mother, sit down together in a rehearsal room and let them practice their screaming and shouting before they started filming.

Takiguchi: In terms of your involvement in theater, you also composed some of the most important Singaporean musicals, including Beauty World (1988), Nagraland (1992), and Forbidden City: Portrait of an Empress (2002). You just mentioned how your experience as a theater director helped in this film. Did your experience in musicals, too, help you, in a way, to create Wonder Boy?

Lee: Yes, absolutely. But my experience in musicals was mostly helpful in terms of writing the script more so than directing. I worked with fantastic writers in these musicals, and I naturally learned how to write the story, the plot, and how to structure it.
In fact, most of my experience in theater was in the writing. The directing part came only later—I only started directing in the last five or six years.

Takiguchi: You co-directed this film with Singaporean director Daniel Yam who is known for his short films that depicts family ties and affections such as Gift (2013). How did the collaboration start?

Lee: Daniel came on board because I was very insecure about this project. I had never directed a film and we had a tight schedule; there was no room for mistakes so we needed an experienced person who can work with me.
I saw his work and found that he is very good at capturing the emotions of a character and that he was familiar with all the technical things—the cameras, lighting, and everything—which I knew nothing about. Our collaboration worked well, I think; I focused on the actors and dramatization while he focused on the visuals like the shots and framing. Daniel knows how to best visually convey the drama, so we were able to work together smoothly.

Next Page
Relationship with Fukuoka and Japan