Mattie Do, Laos' first, and only, female film director and the first horror film director from Laos, was invited to Japan for the Invitation Program for Cultural Leaders hosted by the Japan Foundation Asia Center. Her debut work, Chanthaly (2013), was screened at many international film festivals as Laos' first horror movie. Her second work, Dearest Sister (2016), was also screened at more than 20 film festivals, and was selected by Laos as its first Academy Awards (Oscars) submission for Best Foreign Language Film. As this was the first Laos' feature film to be screened in Japan, the Athénée Francais was packed with an enthusiastic audience for the July 20, 2018 screening. We interviewed Do on a variety of topics, including her passion for filmmaking and the situation in the Lao film industry. 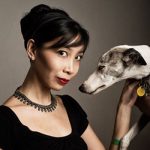 Trained as a makeup artist, Mattie had spent time on set for various independent productions both in Europe and America, and within a few months of arriving, she'd found a home at Laos' oldest production company, Lao Art Media, developing her first micro-budget feature, Chanthaly, the 9th feature film produced in Laos, and the country's first horror film. The film premiered at Fantastic Fest in Austin, Texas, and ended up playing more than 30 festivals over the next three years. She also co-produced Katsuya Tomita's Bangkok Nites which won the Junior Jury Prize at the Locarno International Film Festival. Mattie's second film, Dearest Sister, a co-production between Laos, France and Estonia, premiered at Fantastic Fest, BFI's London Film Festival, Sitges International Film Festival, Singapore International Film Festival, and many international festivals. It is the first Oscar submission from Laos to The Academy Awards for Best Foreign Language Film. Mattie is Laos' first, and only, female film director.

Sayaka Hashimoto (hereinafter Hashimoto): Although I've already read your interviews, I would like to start by asking you about your background. You have a Lao mother and a Vietnamese father. To what extent were you aware of Laos while you were growing up in the U.S.?

Mattie Do (hereafter Do): Very, very aware, extremely aware, because we spoke Lao language at home. However, when it came to Lao food, not only did we regularly eat Lao food, but also Vietnamese food, so culturally it was very mixed. In addition, neither of my parents were practicing Buddhists. My father's side was Catholic and my mother became a Mormon when she moved to America, so I had more of a Christian upbringing as well. However, we also attended baci ceremonies*1 and my parents taught me a lot about Laos.
I do not consider myself Lao-American. I consider myself a Lao person born and raised in America. Lao-Americans can be very strangely exclusive. Maybe it's because they needed to adjust and cope with new situations in America, or maybe it's because of their strong need for identity, but I have found that many Lao-Americans have created their own back stories about Laos or their family histories that feel augmented or expanded to perhaps feel more confident. These stories get conveyed to their children and passed on, sometimes portraying Laos in a negative perspective. In that respect, my parents never spoke badly about Laos, but they also never embellished their story. Therefore, I didn't have any fantasies about Laos being either an idyllic paradise, or a dangerous cesspool of violent militants, and because of that, it was an easy transition for me when I returned to Vientiane.

*1 A traditional Lao ceremony which is held for purposes such as marriages, births, welcoming, farewells, celebrations for newly built houses, prayers for cures, and driving out evil spirits.

Hashimoto: Although your entire family has now converted to Mormon, did your family also join in Lao New Year's festivals or other Lao events?

Do: Yes, we would go to Lao New Year's parties and other events. In America, there is a lot of racism between Hmong people and Lao people, so they considered themselves to be separate. Because of this separation, there would sometimes be gang fights during those festivities, so my dad did not allow me to go on my own or with friends. I always had to go with my family. Based on my experience, the first culture shock, or cultural mistake that I made when I moved to Laos resulted from a huge culture gap between those who immigrated away and the current Lao people still residing within Laos. It started with the Laos' 1000kip banknote on which there is a drawing of three girls from different ethnic tribes: Lao, Hmong, and Khamu. When I was working with my Lao colleagues, I saw the bill and said, "Look at the 1000kip bill, it has a Hmong girl and a Khamu girl on it. That's funny that Lao money would also have these people on there, they are not Lao." And then, everyone looked at me like I was insane and said, "What do you mean? Of course they are Lao people." I felt so stupid because in Laos the country, they accept each other and consider Lao people to be very multi-ethnic, wholeheartedly. I realized that it was actually a disconnect that some of the Lao-Americans still harbored that sort of racism in America. I was so happy when I finally understood that we were considered one people. We should really embrace the fact that our diversity make us more unique. I hope Lao-Americans will understand that someday too.

Hashimoto: Related to this topic, I've heard that the cinema department held a meeting in March this year and then set a new regulation for making movies about ethnic minorities in Laos.

Do: Yes, they did. Many filmmakers were at that meeting because truthfully, all of us really should have been there to help to legislate this new cinema law. It wasn't a meeting in which the cinema department just announced the new law. They were quite open and asked us how we would propose the law and how we would like to address it. Regarding the depiction of minorities, they wanted to legislate the law because too often, Hmong and other ethnic minority people were portrayed incorrectly. Filmmakers sometimes unknowingly broached subjects in an offensive manner, and we often don't even speak each other's languages. If we don't portray minorities authentically or portray them inappropriately, how we portray each other can actually set our relationships back. I am quite sensitive to the way in which people are portrayed in films because there is a fine line between authenticity and character, which is also what the cinema department is afraid of, so I think we have a long way to go to identify the right way to portray minorities in a truthful way that isn't offensive to them, but that can balance fiction, entertainment, and nonfiction.

Hashimoto: Aside from the censorship, funding, and equipment, were there any other obstacles that you faced when you started to engage in film production in Laos?

Do: Censorship is hardly the main obstacle for me. If the cinema department rejects something, then I just go back to them and I ask them what I can do, what I can change, and what was it about what they rejected that made them decide to not accept it. They are really open to addressing the changes I can make. Sometimes they are like, "Mattie, your script is so extreme, how can you possibly change it?" But I'll just respond, "I can, I can" and I'll adjust it with my script writer - husband.
This is a different issue, but there were a lot of white people living in Laos many years ago who were very unhappy with me making a film. They said that I was inauthentic, I wasn't a real Lao, so how dare I write a story about Lao people for Lao people. Some people would even tell me that while it was all fine and good now that I was the first female filmmaker in Laos and represented Lao film, someday, there is going to be a real Lao woman who makes a film, I will have to step back for her. I was like, "Find her. No one has found her so I am creating her right now." I've had a many white people tell me I was inauthentic or that I didn't deserve to make Lao films. If that's the case, what do I deserve to do? I can't be an American. I can't be Vietnamese. I can't be Lao. Am I simply nothing? It's very difficult. I also think it's ludicrous that they, even more foreign than I am, think they have the right to deem who should be worthy of making Lao films.

Hashimoto: I can imagine that foreigners who live in Laos for many years sometimes behave as if they know everything about Laos.

Do: Yes, they feel like they are the guardians of Lao culture. I think it's a little ironic and a lot infuriating.

Hashimoto: Moving on to your debut work Chanthaly, what type of Lao societal issues were you actually trying to depict?

Do: In Chanthaly, it was more about family dynamics and about the dynamics of women in the modern day Lao family. The main character, Chanthaly, represents a lot of different things about male patriarchy. What I really like is that Bee, Chanthaly's cousin, is trying to be polite in a traditional way and to fit the idealized image of women in Laos; but at the same time, she is quite demanding. As you might know, a Lao woman on the surface might appear meek and like she is behind the scenes and that the man is in charge, but behind the man, there is usually a very strong woman. I wanted to represent that through Bee in Lao film, but I didn't want it to be too obvious.

Hashimoto: After releasing Chanthaly in 2013, you started a Dearest Sister page on Facebook in March 2014. Was the script of Dearest Sister already finished before you joined La Fabrique des Cinemas du Monde 2014 in Cannes? *2

*2 The workshop organized annually by the Institut Français during the Cannes Film Festival. It is targeted at film directors from emerging countries who are working on their first or second feature films. The ten selected directors acquire knowledge and skills to become professional international filmmakers.

Do: No, not at all. We were asked to submit short documents like a synopsis and the people who recommended us to apply for this program said it would be a really great opportunity for us. However, it was very hard because this took place during the time in which many white people were asking 'how dare I submit anything', since I was not "a real Lao." Thankfully, I was selected. However, we needed the script in two weeks, so my poor husband wrote the first draft within that time frame. There were many problems with that first draft script, but the good thing about that program was that I was able to further develop our project and to find a producer who would further refine our project and script. The shooting draft was entirely new.