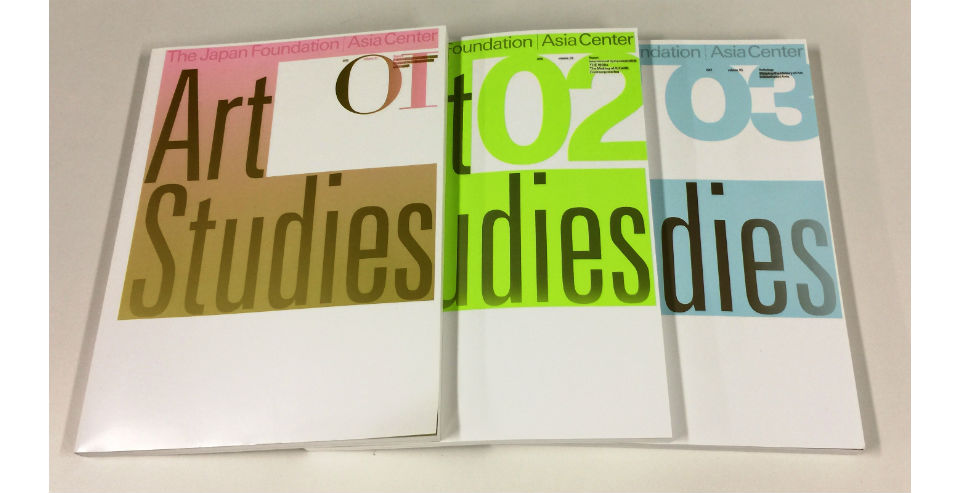 The first volume, International Seminar 2014: Cultural Rebellion in Asia 1960-1989 compiles the presentation papers and discussions that took place during the Cultural Rebellion in Asia 1960-1989 seminar held at the Japan Foundation Headquarters from September 30 to October 2, 2014.
This seminar was organized by the Asia Center as the first step in preparations for the exhibition co-organized with the National Museum of Modern and Contemporary Art, Korea, National Gallery Singapore, and the National Museum of Modern Art, Tokyo for 2018. A total of eleven panelists from Japan, China, Korea, Malaysia, the Philippines, Singapore, Taiwan, Thailand, and Vietnam discussed the manifold problems surrounding the art movements of Southeast and East Asia during the 1960s to 1980s.

The Japan Foundation Asia Center: Art Studies 2
THE 1990s: The Making of Art with Contemporaries

The second volume, THE 1990s: The Making of Art with Contemporaries compiles presentation papers and the discussion segment of The 1990s: The Making of Art with Contemporaries symposium held in conjunction with the Time of others exhibition which toured the Museum of Contemporary Art Tokyo, the National Museum of Art, Osaka, the Singapore Art Museum, and the Queensland Art Gallery | Gallery of Modern Art from 2015 to 2016.
The symposium invited curators, scholars, and cultural administrators from the Southeast Asian and Asia-Pacific regions who led the art scene during the 1990s to revisit the trends and movements of artistic exchange between the regions.

The final volume, Shaping the History of Art in Southeast Asia, consists of re-publications of fifteen articles which were carefully selected as key texts in discussing the art of Southeast Asian from the 1990s to the present.