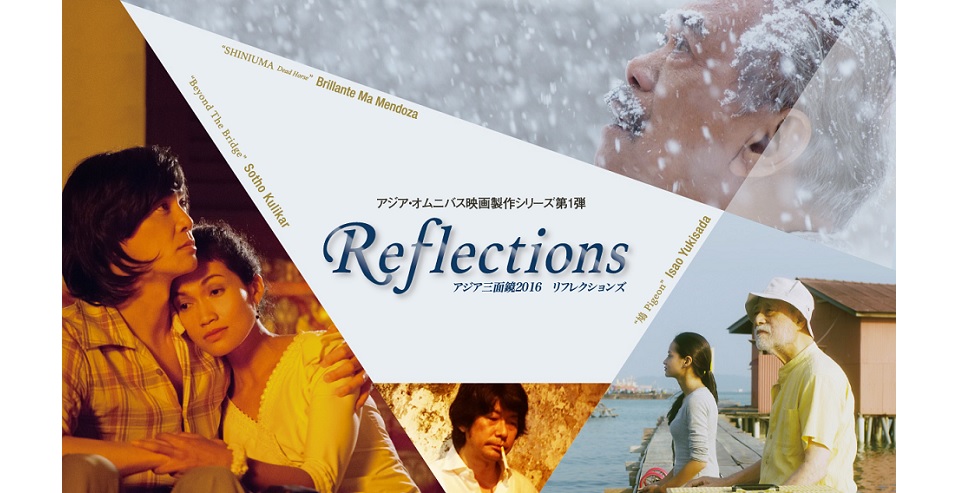 Led by the three globally acclaimed directors, Brillante Ma Mendoza, Isao Yukisada and Sotho Kulikar, Asian Three-Fold Mirror 2016: Reflections reflects on the history and culture of the chosen countries generating new points of light. Under the theme of "Living Together in Asia", crew and cast joined forces across national borders to depict the lives of characters who journey between Japan and Cambodia, the Philippines and Malaysia.

The film will be screened as Malaysian Premiere (invited guests only) on April 21th and the Special Screening open to public follows on April 22nd. Director Yukisada is scheduled to attend the screening to present Pigeon, his piece of the multi-part anthology along with main actress Sharifah Amani as well as co-producers Woo Ming Jin and Edmund Yeo. Yeo will additionally unveil Yasmin san, a behind-the-scenes documentary of Pigeon.