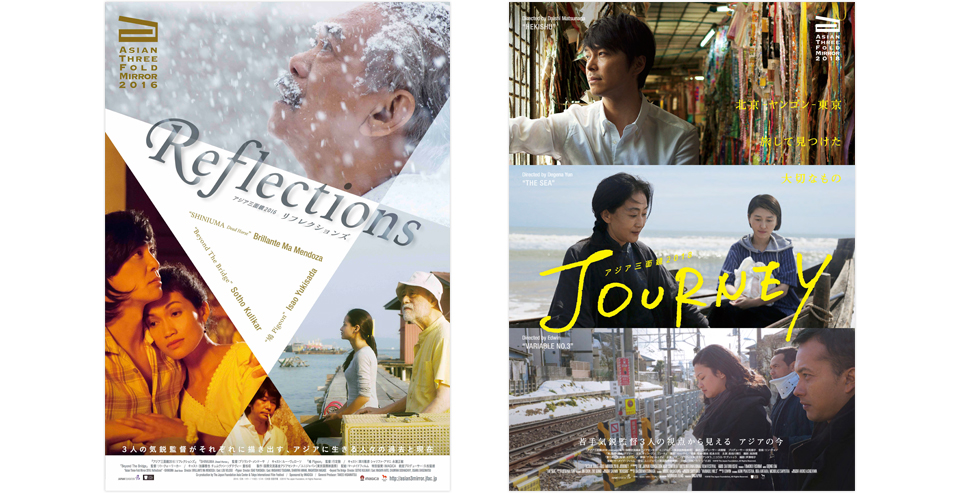 Asian Three-Fold Mirror is a series of collaborative filmmaking project between the Japan Foundation Asia Center and the Tokyo International Film Festival, bringing together three accomplished directors from Asian countries, including Japan. The three directors are to portray people in Asia from their own perspective so that the film will reflect society and culture of the directors' respective countries, just like a three-fold mirror, to understand neighboring countries and find one's identity or way of life as an Asian. They are required to put people who have some connection with other Asian countries, and to shoot a film within Asia. In other respects, they will create their own story freely under a common theme. The first edition was made in 2016, followed by the second edition in 2018; they were both world premiered at the Tokyo International Film Festival and screened around the world.