Sharifah Amani, the Malaysian actress who starred in Isao Yukisada's Pigeon from the omnibus series Asian Three-Fold Mirror, shared with us her encounter with the late Malaysian filmmaker Yasmin Ahmad, her experience in the legendary but incomplete film project Wasurenagusa, her thoughts on the New Wave in Malaysian film, and working with her contemporaries. With Edmund Yeo, a filmmaker who leads Malaysia's contemporary film scene, TIFF's Asian Future Programming Director Kenji Ishizaka explores Sharifah Amani's "time with Yasmin" and dives into the influences the late filmmaker marked on Malaysia's film world. 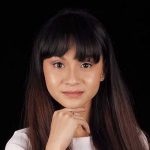 Sharifah Amani is an award-winning Malaysian actress best known for her roles in Sepet (2004), Gubra (2005), Mukhsin (2006), and Muallaf (2007) by Malaysian filmmaker Yasmin Ahmad. For the Asian Three-Fold Mirror omnibus series, Amani starred in Isao Yukisada's Pigeon, and for the 30th Tokyo International Film Festival's CROSSCUT ASIA #04: What's Next from Southeast Asia, she served as one of the master's recommending Eric Ong's My Superheroes (2017). 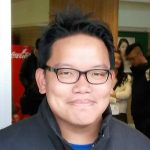 Edmund Yeo is a film director whose debut feature film, River of Exploding Durians (2014), was the first Malaysian film to compete at the Main Competition section of the Tokyo International Film Festival. For the 30th Tokyo International Film Festival, his second feature film, AQÉRAT (We the Dead) (2017) will be screened in the Competition section, and Yasmin-san, a making-of documentary of Pigeon and an homage to the late Yasmin Ahmad, will be screened in the CROSSCUT ASIA section. With fellow director Woo Ming Jin, he co-produced Isao Yukisada's Pigeon in the Asian Three-Fold Mirror omnibus series.

Ishizaka Kenji (hereinafter Ishizaka): Let me first ask how you came to be involved in Pigeon, Isao Yukisada's segment of the Asian Three-Fold Mirror omnibus. How did that come about?

Sharifah Amani (hereinafter Sharifah): I initially received a phone call from Woo Ming Jin introducing me to a few Japanese filmmakers who were interested in meeting me. I immediately said, "Of course I will meet them." Through Yasmin Ahmad, the late Malaysian filmmaker, I have a strong relationship with Japan; I've visited Tokyo on location for Wasurenagusa and I loved it. I may be very biased but I think everything about Japanese culture—its people, how they work, and think—is very unique. Whether I got the part or not wasn't that important. I thought, meeting more Japanese people and maybe watching their films would allow me to learn more from them. That was the main reason for my wanting to meet Yukisada-san and the others.

Sharifah: So Ming Jin introduced me to Yukisada-san at a shopping mall in Kuala Lumpur. Yukisada-san's story of Pigeon was very sweet; there was something nostalgic about it and was very up my alley. When he told me that he named the female protagonist Orked, I said, "Oh, no! I love that name so much!" Yasmin had built so much of me from that character, Orked, in her films.

But, "Sharifah Amani the actress," had become her Orked so many times that I thought the Malaysian audience could get confused. So, although I love the name and have such a strong attachment to it, I suggested to Yukisada-san if we could change it. My face is just too close to that name in Yasmin's films. He said, "Ok, what name would you suggest?" And to me there's only one name which I really miss and find beautiful, and that's "Yasmin."

Ishizaka: How did you find working with the Japanese crew for Pigeon? Did you always want to collaborate with foreign filmmakers?

Sharifah: Yes, of course. To learn from people with different backgrounds and cultures has always been one of my dreams, so working with Yukisada-san and Imai-san who was our Director of Photography (DOP) was truly wonderful. Yukisada-san kept saying that filming with a Japanese crew is always intense. But in Malaysia, we kind of film like it's a party, so I think they were a little surprised at first. After a while, though, he and the other Japanese crew members joined in with us. That's the best part, I think—how we Malaysians can get into people's minds to become lazy like us [smiles].

Anyway, for me as an actress, I think the key skill of a good cinematographer is whether she/he can capture my internal feelings; capturing an actor's emotions is something that not all DOPs can do. Most can capture actors, but only a few can capture emotions. Imai-san is one of the few from the latter. Even though he was sweating buckets, he did not complain and seemed to be enjoying himself.

Ishizaka: Talentime is actually going to be released in cinemas this Saturday (March 25, 2017) in Japan, which I think is a miracle considering it has already been eight years since its director passed. Japanese people like Yasmin's films very much.
I understand you were seventeen years old when you starred in Sepet. Could you tell us about your first encounter with Yasmin?

Sharifah: I guess you could say my encounter with Yasmin was fate. How do you say "fate" in Japanese?

Sharifah: Ok, it was unmei. My sister and I were mischievous back then and were hanging out at a food court at Hartamas one night around 3 a.m. We saw Jit Murad, an old family friend who is a comedian and actor, with a lady who turned out to be Yasmin. She was wearing a baju kurung (traditional Malay costume) and sneakers. "That's weird," I thought because in Malaysia you don't pair the two; we wear baju kurung for social functions or to work—on official occasions usually—and we rarely wear it with sneakers. So it stood out.

We just sat there and hung out, and throughout the entire time, she would look at us, kind of observing us. It made me a bit nervous, but it was fine. A week later, Uncle Jit called my mother and said, "Yasmin Ahmad wants Nani (Sharifah's nickname) to go in to read a part for a new film that she is making." I said OK, although I didn't exactly know what I was getting myself into.

Sharifah: The moment I read the script for Sepet, I thought to myself, "This is my family!" My grandmother is of Chinese descent, and she married my Indian-Muslim grandfather. So the life of Orked portrayed in Sepet was exactly my life; a ridiculously comical Malaysian mix. So reading the script, I knew I had to be a part of this movie. It was obvious what kind of girl Yasmin wanted for Orked's part because there was another actress who was sitting opposite me who looked like me—big eyes, long black hair, petite. So there was competition. But she read Orked's script in an American accent, which I instantly knew was not what Yasmin was looking for. I had wondered around a shopping center with Yasmin in a baju kurung at 3 a.m.; I knew that she is very rooted in her culture, in tradition. So I read the script in my Malay accent, and portrayed her as a Malaysian woman. I just really wanted this role.

Sharifah: After we were done and the staff were sending us off, I was also offered a ride back home, but I said, "No, thank you. I'll get my boyfriend to pick me up because he's in the area." When the other candidate left, I had the chance to talk directly and alone with Yasmin. It's clever, right [smiles]? So I sat down with her and just asked her questions; about Orked, her family, how Yasmin came up with this story and script, and also why we don't see more stories like this. We just kept chatting, and I guess we formed a bond then.

When my boyfriend came to pick me up and as I was walking over to the car she said, "Goodbye." I looked back and replied, "If you want to make a good movie, pick me," then climbed into the car. Immediately, I was like, "What did I just say!?" and was so embarrassed. But years down the line, it became our joke. But later she told me that that was what made her choose me for the part; my grit, the nerves to even say what I said, my desires to get what I want apparently reminded her of a time when she was young—a person just eager to tell a story. I can't explain it well, but for some reason she approved of me, and the rest is history. But what an egotistical remark, "If you want a good movie, pick me." Whew! I wonder what would have happened if it didn't work out [laughs]?

Ishizaka: It truly was fate for you.

Sharifah: Yes, that's what we called it. Looking back, there were a lot of things that I think was fate; we did not force anything, we just saw the signs and gravitated towards it.

Next Page
The Meeting of Orked and Jason from Sepet