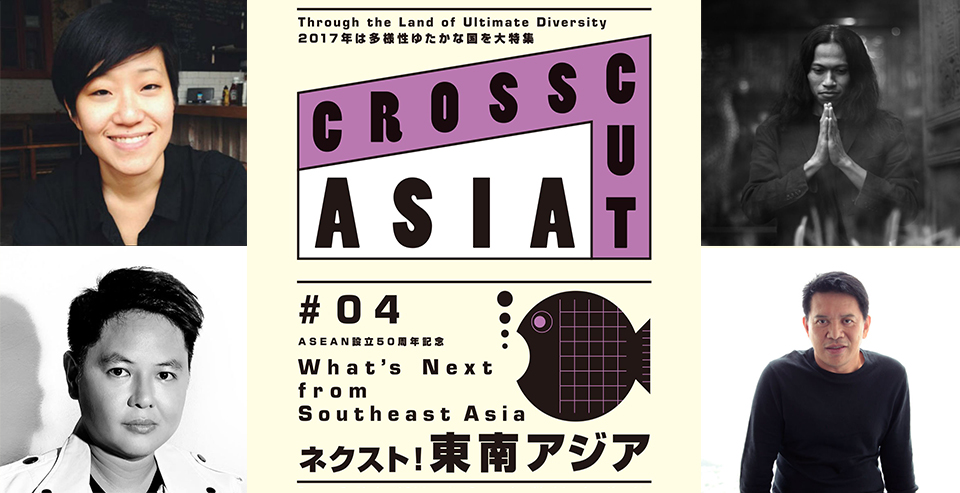 CROSSCUT ASIA #04: What's Next From Southeast Asia, the fourth edition of CROSSCUT ASIA showcasing a series of Asian films focusing on specific topics and countries, will be held from October 26 to November 2, 2017 at the 30th Tokyo International Film Festival (TIFF).
This year, CROSSCUT ASIA #04 will showcase feature films by young filmmakers that are recommended by renowned leaders of films in Southeast Asia.

As part of the program, we will have the "Seeking World Recognitions from Southeast Asia -Rising Stars Challenging New Form of Filmmaking" symposium on October 27th, 2017.

We will invite HF Yambao (Director of Kristo), Kirsten Tan (Director of Pop Aye), and B.W. Purba Negara (Director of Tales of the Otherwords), three rising directors from the region, as guests.
Together with Brillante Ma Mendoza, the Maestro who recommended Kristo for CROSSCUT ASIA #04, the symposium will discuss perspectives on filmmaking in Southeast Asia.
We look forward to welcoming you!

Born in Manila, the Philippines in 1981, Howard (HF) Yambao is a maverick independent filmmaker. He previously worked in TV production, PR, and marketing. Yambao studied filmmaking in New York and then apprenticed under Filipino auteur Brillante Ma Mendoza. In 2016, he co-produced and directed his first two features Best. Partee. Ever. (2016) and Kristo (2017), both films winning local awards.

Kirsten Tan's works have been screened at film festivals in Singapore, Rotterdam, Toronto, and Busan. Spotlighted by CNN's "Ones to Watch", Tan has received numerous international awards, including Best Southeast Asian Short Film Award for Dahdi (2014), and Singapore Short Film for Best Director for Fonzi (2007) at the 2014 and 2007 Singapore International Film Festivals respectively.

B.W. Purba Negara (Director of Tales of the Otherwords)

Born in Sleman, Yogyakarta, Indonesia, in 1983, B.W. Purba Negara is a graduate of the Faculty of Philosophy at Gadjah Mada University. A self-trained filmmaker, Negara co-founded the production house Limaenam Films and has made several documentaries and short films under its banner. Tales of the Otherwords is his first feature film.

Born in the Philippines in 1960. In 2005, he founded Center Stage Productions (CSP), an independent film production company based in Manila. Mendoza made his directorial debut with Masahista [The Masseur], which won the Golden Leopard Video G.P. Company Award at the 59th Locarno International Film Festival. He has competed and won awards in major film festivals such as those in Venice, Berlin, and others, including the Best Actress Award for his latest film, Ma' Rosa (2016), at the 69th Cannes Film Festival. He participated in the first iteration of the Asian Omnibus Film co-production series Asian Three-Fold Mirror 2016: Reflections (2016) and directed SHINIUMA Dead Horse.