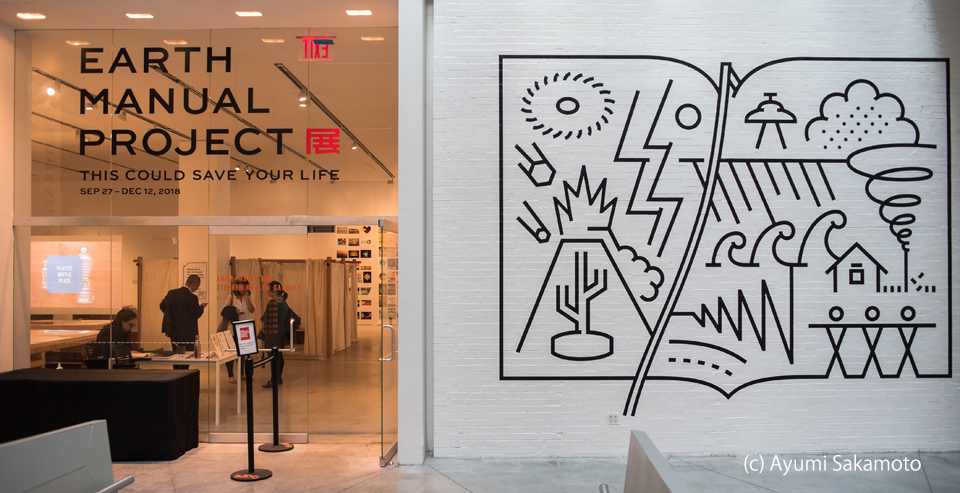 An exhibition of the innovative approaches to disasters from Asian countries

"EARTH MANUAL PROJECT – This Could Save Your Life", is an exhibition collaboration between The Japan Foundation Asia Center and Parsons School of Design/The New School, in cooperation with Design and Creative Center Kobe (KIITO) / Plus Arts. On view from September 27, 2018 until December 12, 2018, the exhibition is being held at Parsons School of Design/The New School's Sheila C. Johnson Design Center, located at 2 West 13th Street, New York, New York.

The inaugural EMP exhibition was held in 2013 at the Design and Creative Center Kobe (KIITO) in Kobe-city, Hyogo, Japan. It has since traveled to several venues in the Philippines and Thailand; this New York exhibition marks its North American debut.

The EMP exhibition showcases some of the best practices for dealing with disasters at different stages, from preparedness education to response and relief efforts, with a particular focus on ones that use creative design ideas. Originating in Japan, this exhibition includes the HANDs! Project initiated by the Japan Foundation Asia Center, and examples of work from countries with frequent natural disasters such as Indonesia, Thailand, and the Philippines. Projects introduced in the exhibition utilize distinctly creative and innovative approaches to disaster issues.

Earth Manual Project – This Could Save Your Life is an exhibition, collaborated between The Japan Foundation Asia Center and Parsons School of Design/The New School, in cooperation with Design and Creative Center Kobe (KIITO) / Plus Arts.

International transportation for this exhibition is generously supported by ANA (All Nippon Airways Co., Ltd ). This exhibition is made possible with the cooperation of the NHK (Japan Broadcasting Corporation). Special support is provided by the Permanent Mission of Japan to the United Nations. Special thanks to Japan Society, Inc.; AIG Japan; MUJI (Ryohin Keikaku Co., Ltd.); and Procter & Gamble Japan.

A selection of the exhibits

EMP is covered by the "UN in Action" by United Nations.
"Disaster Reduction: It Could Save Your Life"

During the exhibition period, specialists from Indonesia, Thailand and Japan will have open lectures as follows;