Multilingualism and the Politics of Language

―Singapore is a country that has recognized the power of the language, and strategically implemented the language policies for its nation-building. I think it was well captured in HOTEL where nine languages were used in the production. Actors had to struggle to remember lines in several languages, some of which were totally alien to them. Was the centrality of language in this performance expected from the beginning?

Alfian: Absolutely. When we assembled our cast, our first question to them was, "how many languages do you speak?" Language is definitely power in Singapore. On the one hand, you can say that the language policy here tries to be egalitarian: we have a four-language policy that recognizes Malay, Mandarin, Tamil, and English as the nation's official language, and that is why we have multilingual signage all over the country. On the other hand, however, the government strictly controls the language usage and education. And in some cases the policy has become entangled with bureaucratic inflexibility. For example, people, whose mother tongue is not one of the official languages, have to acquire an artificial, state-imposed "mother tongue." Here, one is made to realize and accept the state as one's "Mother." I really think we have not done enough work on multilingualism and multiculturalism in Singapore. There is still so much to explore. 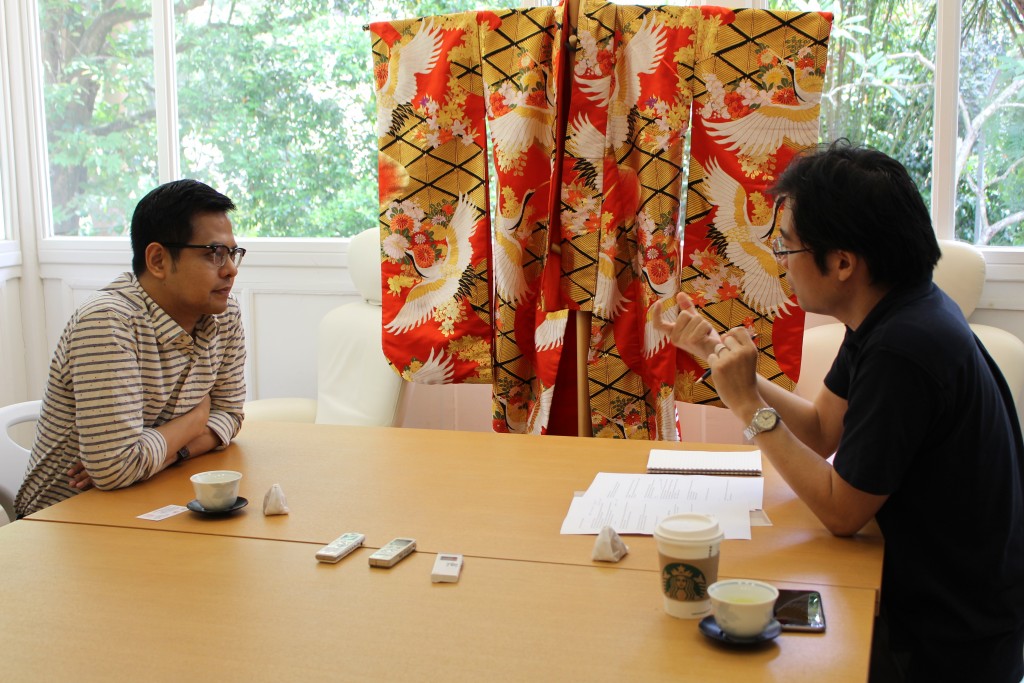 ―There nevertheless were important experimentations of multilingual theater in Singapore. The late Kuo Pao Kun's Mama Looking for Her Cat, which was written in the late 1980s, is a fine example. Responding to the cultural essentialism embedded within the government's bilingual policy, the theater doyen wrote a play that represented the complexity and diversity of the multilingual environment that Singaporeans experienced in their daily lives. When you talk about multilingualism in theater, what are the visions you have? What do you think are the possibilities of the multilingual theater in Singapore?

Alfian: That is a big question. Probably we are taking for granted that English is a mediating language too easily. Even in HOTEL, the subtitles were all in English. This is a given because of our education system and the current environment. But I sometimes wonder whether we could find ways to escape from that premise.

Looking back, our national language was Malay at one point in time when the Malayanization of Singapore was pursued in the 1950s in preparation for the merger with Malaysia in 1963. Then, after a while, Mandarin became a kind of de facto national language, because it is the mother tongue of the majority. Multilingualism in Singapore has never been static and multilingual environments have been changing constantly. I am trying to explore all possibilities of language usage in theater to represent such fluidity.

Another issue in Singapore theater is that there are a number of language streams such as Malay theater, Mandarin theater, Tamil theater, English theater, and so on, each with their own themes to tackle. The Mandarin theater community—I call it Mandarin theater because theaters in other dialects such as Teochew and Hokkien are quite suppressed— has been tackling questions particular to their community.

But I wonder, "what if I have non-Malay actors speaking Malay in Malay plays?" I have actually tried this quite a few times. In this kind of border-crossing, we do not equate language and ethnicity that closely; it has been the state that provides the simple identification between these two elements. We need to be able to challenge the official discourses that enforce these essentialist models on us. 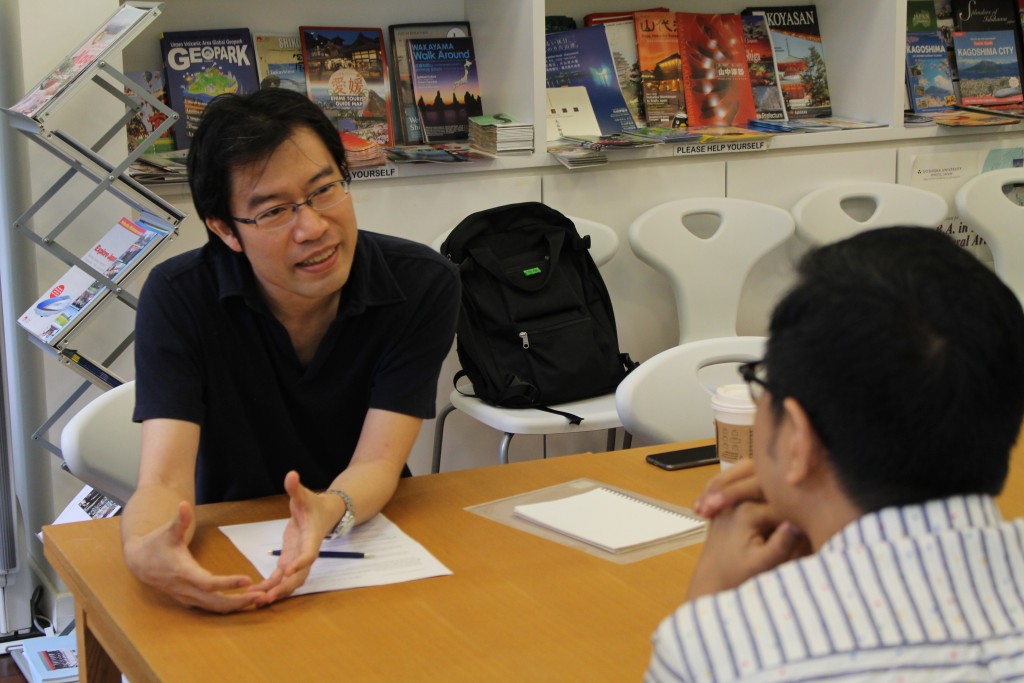 ―You yourself write both in English and Malay. Which language are you more comfortable with?

Alfian: Oh, boy… I would say English, although my parents, siblings, and I speak in Malay at home. But English has always been with me since I was very, very young. It was really a part of my school environment. And my mother, who I think practiced a form of social engineering, wanted me to have a good command of English. She knew that she herself could not transmit very good English. So, on my first day at school, she said, "don't make friends with the Malay kids. I want you to have a non-Malay best friend." It really forced me to communicate almost completely in English throughout my school life.
I would say, I think in English and dream in English as well. Malay is much more a visceral language for me. It comes out when I am subconsciously under stress and in pain.

―You mentioned that you are interested in the little people's history. It reminded me of Cooling-Off Day, a play you created in 2012. You collected the narratives related to the General Election in 2011 from the public and structured them into a piece of theater. How did you start this kind of approach? 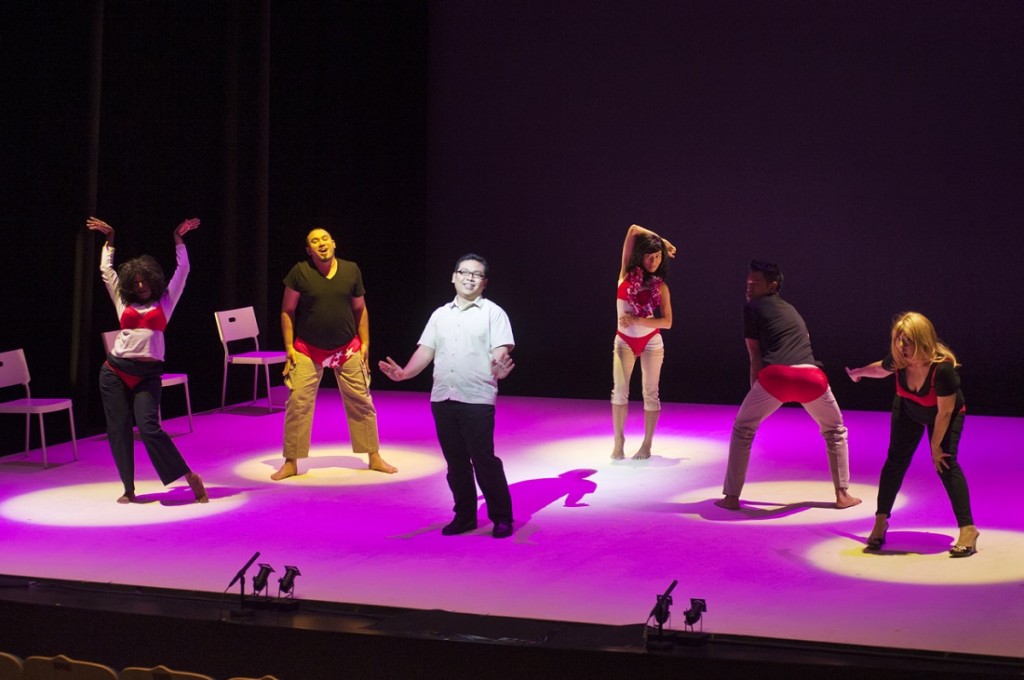 Alfian: It began a long time ago when I was around 15 years old when I encountered the works of playwright Haresh Sharma *1 . I was a student at an elite school called Raffles Institution, and there was a nationwide talent program to nurture young writers called the Creative Arts Program. Haresh was a mentor of that course and selected me for the mentorship. I was surprised because I did not submit a portfolio after the program and I felt really crushed during the program as the kids around me read a lot and were very intelligent. Probably the piece I wrote about children in a playground at a Housing Development Board's public housing made an impression on Haresh. I used vernacular English in that play unlike fellow students, and Haresh was also known for his extensive usage of vernacular language in his plays.

From then on, I started to watch a lot of plays by Haresh's company, The Necessary Stage (TNS). And, of course, Haresh gave me a lot of his plays to read as a part of his mentorship. I really experienced a lot of epiphanies by encountering his works because I felt Haresh had a sense of the working-class kind of milieu. He and his company, TNS, were committed to representing very local and very recognizable voices and their approach to theater-making influenced me in many ways. They always made me realize that there were a lot of untold stories in the community. Singapore society is very stratified, and thus there are voices that are buried more than others. The task of a playwright like Haresh was to keep digging and digging, to unearth these voices. 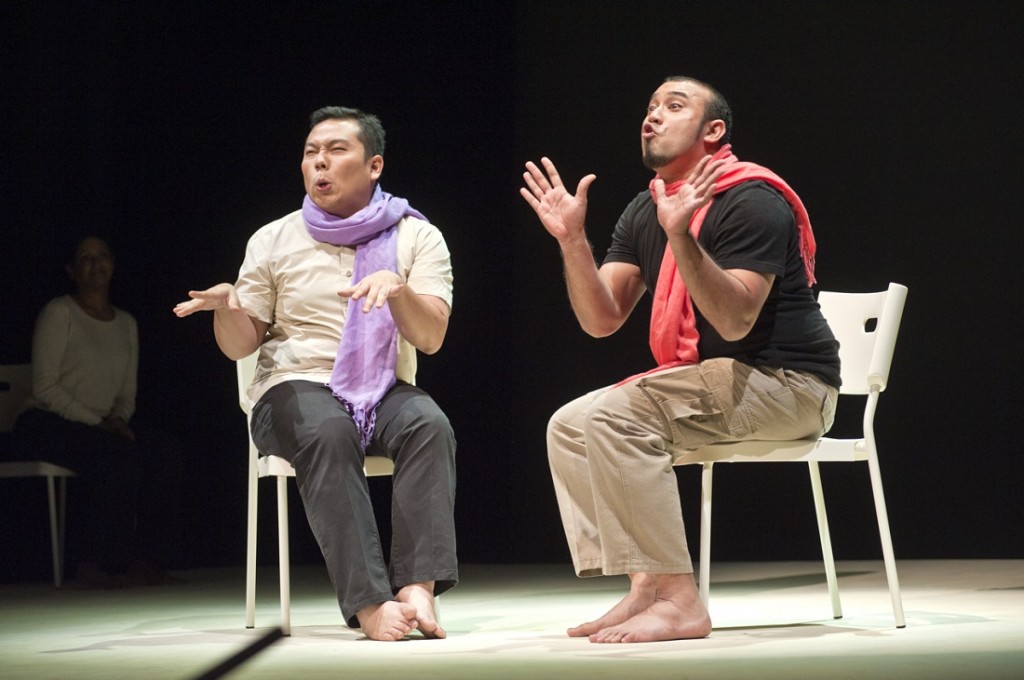 ―I feel your deep affection for Singaporeans from Cooling-Off Day which, now I see, may derive from this desire to uncover the unheard voices. On the other hand, however, the sign-off of your email reads, "If you care too much about Singapore, First it'll break your spirit And then it'll break your heart." While you express affection for Singaporeans you also show frustration against Singapore as a state. How are these two different for you?

Alfian: Yes, it might be a love-and-hate relationship. But it is important to separate your fellow countrymen and the political elites who are a part of the state apparatus. I think this distinction is crucial. When I look at what is happening to my friends in Malaysia, for example, I feel that they can so easily fall into despair unless they make this distinction. I think it is one of the ingredients for hope: you can still maintain hope in the people even if you are so disillusioned by the political elites. It may sound like a delusion, but we have to keep telling ourselves, "Okay, maybe this is not the government we actually deserve."

Next Page
Bringing Works to Malaysia and "Malay-ness"