Since 2016, the Japan Foundation Asia Center has promoted better understanding of Islam and the culture of Southeast Asia in Japan through Talk with Muslims (TAMU), a program offering opportunities for international exchanges between Japanese and young Southeast Asian Muslims. In "Magical Islamism": Feby Indirani Talks about Religion and Society in Contemporary Indonesia, an online seminar streamed in collaboration with the "Asia Center TERAKOYA," author Feby Indirani discusses the motives and purpose of expressing her concerns over rising religious intolerance in Indonesia through humorous fiction. Featuring five panelists speaking from their own perspectives on Islam, the seminar generated profound discussions on the various aspects of Indonesian Islam, different interpretations and practice of religion, and the power of novels.

URANO Risa, one of the panelists and a Keio University student, provides a recap of the seminar discussions below.

Feby Indirani is an Indonesian author, freelance journalist and activist. Her works mostly focus on women and minority issues. She is mostly known for her 'magical Islamism' short story collections, Not Virgin Mary (Bukan Perawan Maria) (Pubrikultur, 2017, republished in 2021) and Hunting for Muhammad (Memburu Muhammad) (Bentang Pustaka, 2020). Not Virgin Mary has been published in Italy (2019) and were praised by international media and literary critics for being critical yet empathetic to the Islamic world. While Hunting for Muhammad just recently won national award as The Best Fiction 2021 from Goodreads Indonesia. She got her MA in Digital Media, Culture and Education from University College London. 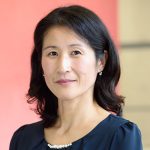 Nonaka Yo received her Master's degree on the Recent Movement for Jilbab among Secular High-educated Muslim Women in Indonesia in 2005 and got her PhD on the History and Thoughts of Student Dakwah Movement in Indonesia in 2011 both from the Graduate School of Media and Governance, Keio University. Her research interests includes Muslim's lifestyle in Indonesia and Southeast Asia especially among women and young people. She has studied them from the various aspects including women's fashion, student Islamic movement, Islamic novels and films, the Halal issues, etc. Her major publications include Muslim Fashion in Indonesia – Why did the veils of Indonesian Ｍuslimah become colorful? (in Japanese, Fukumura Shuppan, 2015) and others. 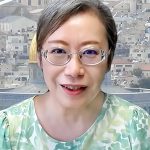 Oka Mari served as a special researcher at the Japanese Embassy in Morocco, a lecturer at Osaka Women's University, and an assistant professor at the Faculty of Integrated Human Studies, Kyoto University before assuming her current position in 2009. She is one of leading Japanese scholars in the field of modern Arabic literature and her research areas cover the Palestine Problem and third world feminism. 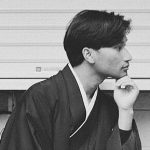 Born in Tokyo. Designer and artist. Based in Tokyo Camii (mosque), Ghufron Yazid has been involved in a variety of projects that links Islamic teachings and culture by applying his design and artistic skills. He is also leading "Olive," a network to connect young Muslims in Japan. 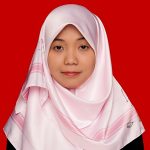 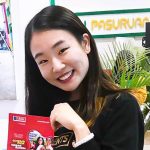 Urano Risa is currently studying at Keio University and a member of Yo Nonaka's Lab., a study group on society and culture in Southeast Asia. She studied Indonesian language and culture at Universitas Muhammadiyah Malang in Indonesia and her academic interests include philosophy, Islamic studies, and Southeast Asian studies.

Indonesia has a population of roughly 270 million, approximately 90% of whom are Muslim. This may come as a surprise to Japanese people, but the country's Muslim population is larger than any Middle Eastern nation and is the largest in the world. Indonesian Islam has traditionally been described as moderate and tolerant, being a hybrid form of faith coexisting alongside other belief systems such as Hindu, Buddhism, and Animism that were deeply embedded in the local culture since before Islam arrived. In recent years, however, Islam has increasingly gained greater visibility in Indonesian society, and the religion once characterized as moderate and tolerant appears to be steadily becoming radicalized and intolerant. The two short stories discussed in this seminar, "Porky Wanted to be a Muslim" and "Not Virgin Mary written" by Ms. Feby Indirani, are works created against the backdrop of such changes in Indonesian society and the author's grave concerns.

It is worth noting that each of the seminar's panelists, including the facilitator, Professor NONAKA Yo, discussed these stories from their own unique perspectives. A prominent scholar on the Arab world and contemporary Middle Eastern literature, Professor OKA Mari used a comparison between Middle Eastern Islam and Indonesian Islam in discussing the two works. Ms. Zuhaira Dzaatul Himmah spoke from the viewpoint of a female Indonesian Muslim, while another Indonesian, Mr. Ghufron Yazid approached the discussions from the perspective of a man and an artist. Finally, I also participated in the seminar as a Japanese student of the Indonesian language, culture, and Islam.

What inspires the author's unique ideas?

Read the two short stories the seminar was based on and you are immediately struck by the uniqueness and insightfulness of the author's ideas. First, I would like to explore what inspired the author to create such works.

Growing up in a Muslim family, Feby developed her world view by listening to various stories of God and Islam told by her parents, ulama (religious scholars and intellectuals), and Islamic organizations. But gradually she began to feel the gap and contradiction between real life and her own knowledge. God is full of love and compassion, Feby asserts. God is supposed to bring blessings to all His creations, yet in reality, a small group of people in power controls whether or not you receive that blessing. According to Feby, some Islamic clerics nowadays proclaim that God is the only entity people need to fear, not the coronavirus. There has been growing hostility toward non-Muslims, she explains, and in politics signs of division along religious lines are evident. All these realities are incompatible with the Islamic teachings she was raised with. Driven by a strong curiosity to understand the roots of these inconsistencies and their possible future, Feby took to writing stories.

Significance of taking up social and religious issues in novels

Feby addresses important and serious issues in her works, and professors Nonaka and Oka and the other panelists all remarked on the significance of presenting such issues through the medium of fiction. Deep and complex topics such as social and religious issues are generally dealt with in the form of literary realism. But Feby makes a point of publishing her ideas in fictional tales. There are several merits to this choice. If rendered as fiction, sensitive and potentially polarizing subject matters can be brought to the public's attention with greater subtlety. Read her works and discover that her casual writing style makes for easy reading as you arrive at the end without encountering a single direct criticism of anything. But afterwards, you are left thinking hard.

As Feby said, writing about seemingly simple yet serious real-life issues is possible precisely because she presents them in a fictional format. Also, short story fiction is a style of writing that can attract a large readership. "I wanted to make a social experiment" is Feby's statement that left a strong impression on me. I believe she accomplishes her goal by taking advantage of the characteristics of fiction short stories.

According to Professor Oka, some Middle Eastern literature touching on gender norms deal with honor killings, which are condoned today. An honor killing is the intentional act of killing a female family member for supposedly shaming the family name by having intimate relations with a man not her husband. While some people oppose the idea of distinguishing female murder from murder in general as femicide, the fact is that the honor killing mentality lives on. Having read Feby's story with this knowledge, Professor Oka said she could not help being surprised at Maria, the main character in "Not Virgin Mary." Maria models for a men's magazine and has had premarital relations with many men, including married ones. This kind of behavior is inconceivable in the Middle East, said the professor, and asked if such gender norms of Indonesian women are long-standing or a contemporary phenomenon.

Feby replied that young people are now becoming increasingly open about gender topics. While there are young people who speak their minds about the LGBTQ movement or their own sexuality, she explained, the older generations are inhibited from discussing such topics. In the current climate where religious purism is gaining prominence, gender issues have become a taboo subject and discussing them in depth is believed disruptive to social harmony. In other words, the liberal gender-role attitudes are a trend only among young people, and deep down, strict gender norms continue to be entrenched. On the surface, Indonesia's Islamic gender norms appear less stringent than those in the Middle East, but one could argue that serious problems do exist, only they are hidden.

Diversity of Islamic faith and interpretations

Indonesian youths are inclined to openly discuss all sorts of issues related to Islam. Two such youths, Himmah and Ghufron, expressed their opinions on the diversity of Islamic faith and interpretations. As Islamic faith is based on one's personal relationship with God, how one practices their faith varies from person to person; it is not right for any individual to judge the way another person approaches God. In reality, however, there are people who try to manipulate others by imposing their own concepts of the ideal Islam or the ideal Muslim behavior on others. Himmah and Ghufron expressed support for Feby's efforts to question this reality and raised the following questions: How should we deal with people whose views differ from our own? And how would Feby reconcile her goal of spreading her ideas in the form of novels with acknowledging the diversity of Islamic faith and interpretations? In answering these questions, Feby consistently maintained that her aim was not to change or foist her opinions on others. She did not force her views on other people, but instead focused on identifying common grounds and similarities. Likewise, she is not publishing her stories to claim the rightfulness of her views or to change her readers' minds. The way of approaching Islam varies from person to person, and she simply wants to show her own color of Islam in a straightforward way. And, she said, she hopes to ultimately leave behind a color of Islam that is "fun." 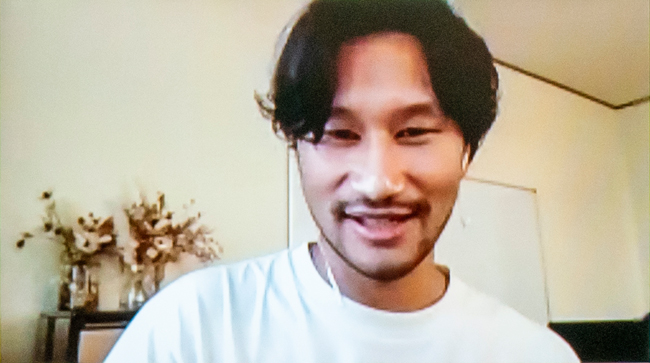 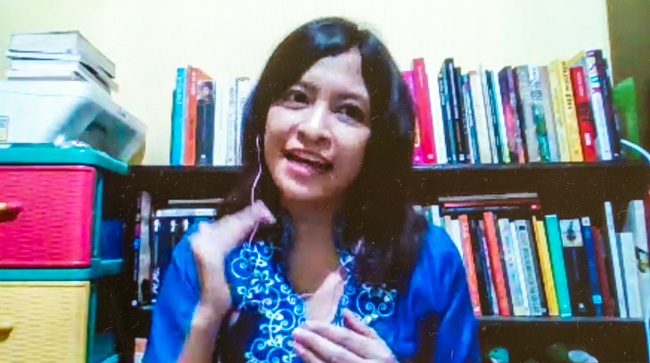 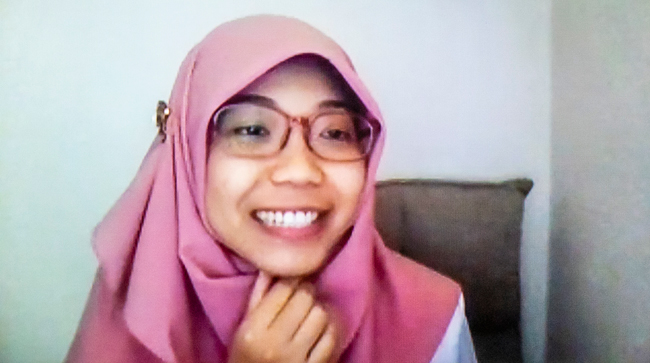 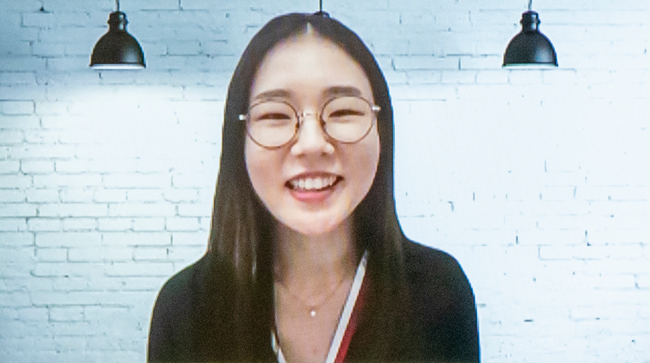 Messages to Japanese and non-Muslim readers

Lastly, let us consider this: Are the themes in Feby's works, which focus on the realities surrounding Islam in Indonesian society, irrelevant to Japanese and non-Muslims in general? As you may have already realized, the answer is no. As described above, the fact that Feby uses short story fiction to present her ideas has proved very effective in this respect, a point I alluded to in my comments as a Japanese student of Islam. Feby said the two stories discussed today offer universal messages that even people unfamiliar with Indonesia or Islam can relate to. That is the advantage of fiction: it can have universal themes. The author wants readers to receive her messages and consider the themes as something relevant to their own lives. She also hopes her stories will educate and inspire people to think about Indonesian society and the Islamic world. It is my sincere wish that this seminar will give Feby's color as much exposure as possible and motivate more people to pay attention to various social problems and the realities with regard to religion.

* Any unauthorized use, reproduction or distribution of the works is strictly prohibited.