As a part of "Asia in Resonance 2019," the Japan Foundation Asia Center and the Japan Football Association organized the International Friendly Football Match "JapaFunCup" in J-village Stadium in Fukushima on June 22, 2019.
In the match, U-18 players selected from 11 countries in Southeast Asia formed the team “ASIAN ELEVEN” which was the most diverse team in Asia and confronted U-18 players selected from the prefectures that make up the Tohoku region of Japan.

Two players from 11 countries in Southeast Asia were selected from the local football associations of each country. Unfortunately, because of injuries, we had only one player from Vietnam and Singapore. The players arrived in Japan on June 13 and they tried to make the best team for the June 22 match, even though almost all of them were meeting for the first time. On June 14, the team had a chance to meet Chanathip Songkrasin, a professional Thai footballer who plays for Hokkaido Consadole Sapporo, and they received an encouraging message from him. They also had opportunities to interact with local people after June 15, when they moved to J-village in Fukushima.

On the match day, the ASIAN ELEVEN and Tohoku selection team gathered in J-Village for the kick-off at 2:00 p.m. on June 22.
The coach of the ASIAN ELEVEN was Mr. Takuma Koga, a former J-League player who is currently involved in the development of the under-generation in Southeast Asia and is also the Myanmar National Team U-15 coach. Mr. Hiroshi Teguramori was appointed as the coach of U-18 Tohoku Selection Team. He is a former soccer player from Aomori Prefecture and served as a special coach for reconstruction support. 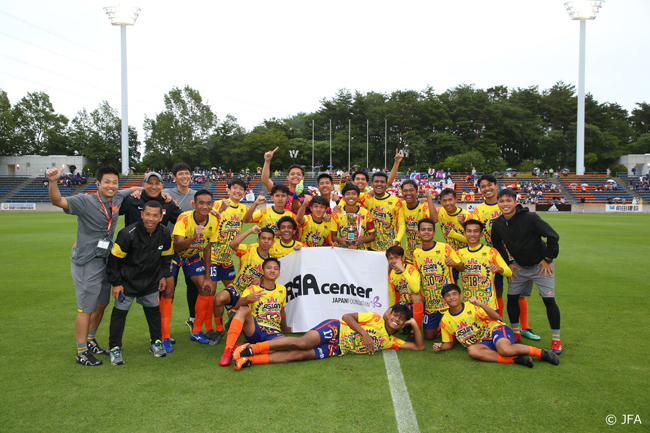 The art director, Mr. Sebastian Masuda, who worked on the ASIAN ELEVEN uniform design and promoting Japanese Kawaii culture and pop culture to the world, had come to see the match. A Southeast Asian food festival was also held at the venue. There were participants in the match flag project, which was led by the artist, Mr. Katsuhiko Hibino, cheering with their special flags.

During the half-time, a mini-live was performed by the vocal group Little Glee Monster, who made great strides with overwhelming singing power, and the group sang the theme song "I BELIEVE" to excite the venue. 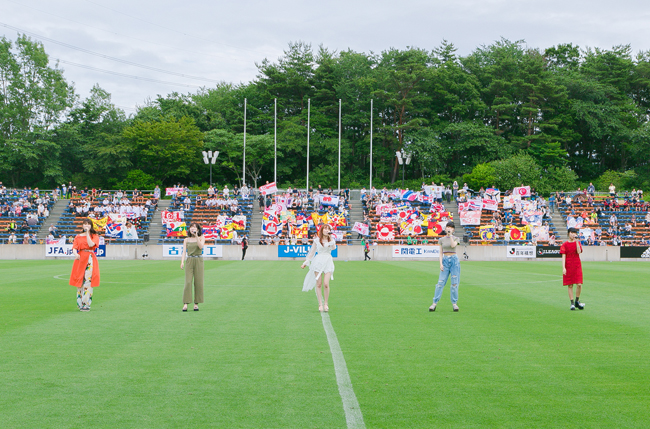 ASIAN ELEVEN SPECIAL MOVIE, including the clips of the game, have been released!

You can see a video documented all activities of ASIAN ELEVEN in Fukushima on the Japan Foundation official YouTube.

This tournament was held as the culmination of a project that has been conducted since 2014 by the Japan Foundation Asia Center to develop human resources in football between Southeast Asia and Japan, and to share knowledge and experience across borders. It was an opportunity to look back on the results of mutual interaction through football. Following the JapaFunCup, another international friendly match is planned to be held in Southeast Asia.