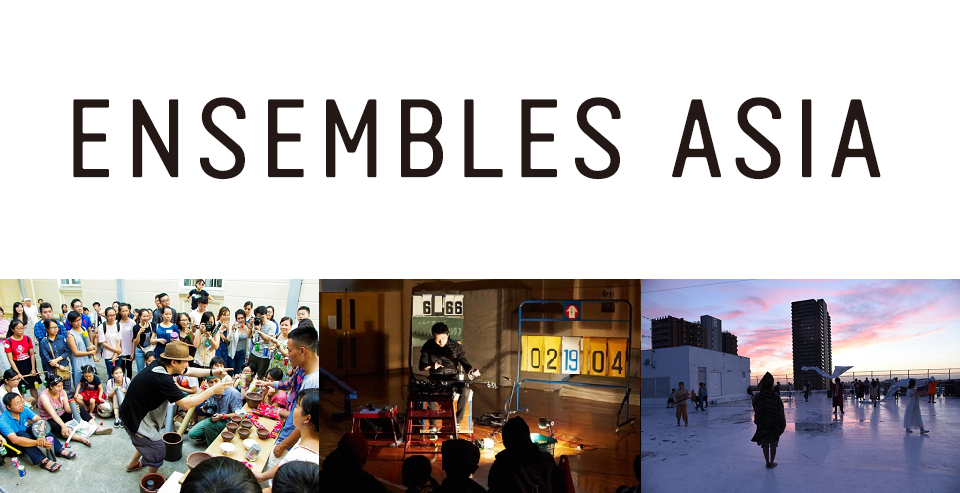 ENSEMBLES ASIA is a collaborative project that connects the forefront of music with music-lovers, and shares the many possibilities and forms of music to the world. Initiated in 2014 with Otomo Yoshihide (musician and composer) as Artistic Director, ENSEMBLES ASIA continued to the FY 2017 in the following three projects.

Co-organized by P3 art and environment

Asian Music Network cultivates new networks among musicians interested in international collaborations within the emerging experimental and independent music scene in Asia. Live performances and contents of talk events with key musicians encountered through the project’s research are shared with the public on the website. Asian Music Network also organizes the Asian Meeting Festival that encourages the building of networks among musicians and festival organizers.

Investigating new expressions and experimentations in sound, Asian Sounds Research explores the intersection between music and art, discovering and generating musical forms of expressions which are yet to be recognized. This is carefully pursued with the local people in their local regions; the process is archived, and achievements are presented in “OPEN GATE – An ever-changing exhibition.”

An open-to-all orchestra, Ensembles Asia Orchestra invites non-professional musicians to join and nurture the orchestral group through the process of workshops and performances. Investigating the many cultures of music generated by everyday lives in each Asian country, Ensembles Asia Orchestra pursues, with its collaborators, unique performance styles and methodologies that are specific to local cultures, encouraging an orchestral collective that is both musical and improvisational.(This project was conducted from the FY 2014 to 2016.)