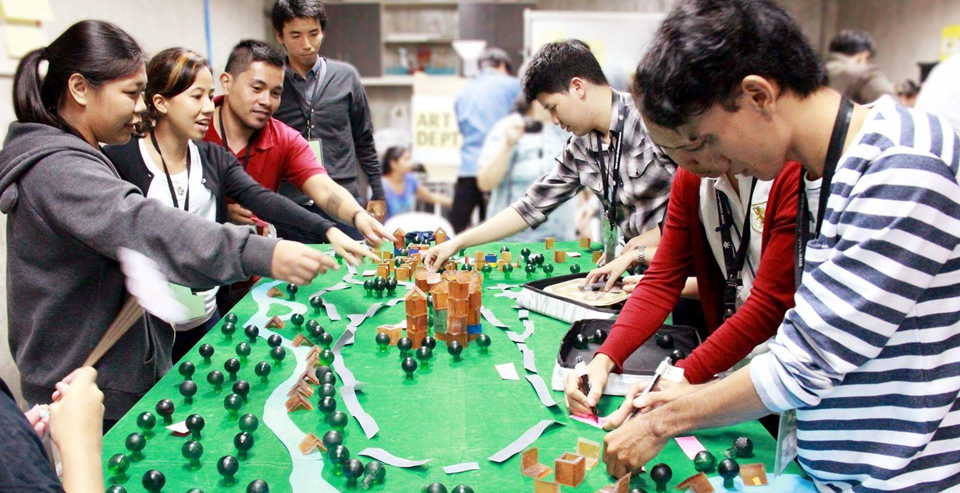 There will be an exhibition of film photography, three-dimensional models, and other disaster-awareness artworks created by Fellows who participated in the HANDs! -Hope and Dreams- Project, which is organized by the Japan Foundation Asia Center. Hands-on workshops will also be held. The HANDs! -Hope and Dreams- Project was launched by the Japan Foundation Asia Center in 2014 to form a next-generation disaster-prevention network.
"Disaster and Design" showcases various productive works focused on tackling natural disasters. The works have been created by the HANDs! Project participants (called Fellows) who have been trained through our past projects.
These works, created in cooperation with local residents, are not merely works of art, but are things that increase resilience to disasters and provide people with an opportunity to think about environmental issues that might contribute to natural disasters. Through this exhibition and with the power of design, we expect to find new ways to confront natural disasters, which can happen at any time.