Internationally active composer and founder of DomDom, Tran Kim Ngọc is the key figure in Vietnam's avant-garde music scene who has paved the way for experimental music and also continues to nurture the next-generation of artists in Vietnam. What are the convictions that lie behind her engagements? Tran shares with us the processes leading up to the founding of DomDom, the particular education program applied, and the relationship between "traditional" music and her own musical practices. 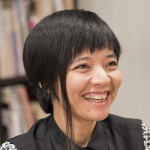 Founding-director of DomDom, a center for experimental music and art, and organizer of Hanoi New Music Festival, Tran, whose father is also a composer, was raised in Hanoi. She studied the piano at the Hanoi Conservatory of Music during her childhood, and, upon graduating the composition department, traveled to Cologne on the DAAD's scholarship where she studied composition with Johannes Fritzsch and improvisation with Paulo Alvares. Tran also attended summer courses with Karlheinz Stockhausen and studied how to sing and play traditional Vietnamese musical instruments under the supervision of the masters. Her chamber and orchestral pieces have been played by groups such as Ensemble Modern, Musik Fabrik, and Sinfonieorchester Basel. Among a number of commissions are the Munich Biennale (2006), Ultima Festival of Oslo (2008), Mehrklang Festival of Freiburg (2010), Bildmuseet of Umeå, Sweden (2015). Recently, she has also been working on and presenting music theater and mixed-media installation works.

―While you are already an internationally established composer and you have presented many of your works in Europe, you still decided to establish DomDom in Hanoi in 2012. So it seems like there is a different stream to your engagement other than your musical practice.

Tran: Yes, composing and directing the center are entirely different jobs. DomDom is a hub for experimental music and art, and it is a completely independent NGO. We have classes to train aspiring musicians who, we hope, will continue to develop the Vietnamese experimental music scene. Alongside these classes, we also have residency programs, monthly concerts, and other public programs. We held, for instance, the Hanoi New Music Festival, in the second year of DomDom's establishment to showcase the various engagements we had accumulated. Here, we invited musicians from Europe to connect the Vietnamese and international experimental music scenes.

―What was your motivation behind launching the center?

Tran: I returned to Hanoi in 2005 after completing my studies in Germany, and it struck me that the environment for new music to develop was nonexistent. The idea of founding a center to work on the development of experimental music was, to be honest, not for the society but for myself. I needed a "cultural eco system," so to speak, in which to live; I needed audiences who would listen to my music, critics, and also friends with whom I can discuss about music. I needed a community of professionals. That was the starting point.
At the same time, I am aware, from my own experiences, of how experimental and contemporary music influences composers and individuals, and, as an extension, how it generates change within communities and moves society. This applies especially for the younger generation.

―I guess your reasons――one being for "yourself" and the other being for "society"――are two sides of the same coin. I see there being three layers: firstly, to train practitioners to improve their technique or methodologies; secondly, to build the foundation on which to nurture the audience (if, as you said, music be-comes with the existence of a practitioner and audience); and thirdly, to work with journalists and critics that connects the former two. I think you are trying to improve these interdependent three elements; to elevate the conditions of each in synergy with one another. But I have to admit, I am surprised that you are trying to accomplish this alone.

Tran: I understand what you mean. Training the younger generation is an extremely far-reaching work that requires a more holistic education system; it cannot be done by one person or a single organization.
Sadly, there is no contemporary music curriculum in the current music education programs in Vietnam. For instance, they hardly teach post-twentieth century music in composition classes, and they don't even touch upon world music that is outside so called academia. Students are isolated from a hundred years of world music.
On top of this, the educational methodologies are also obsolete. Music schools have become places to train students the techniques, not so much a place for nurturing the students' own ideas or their musical expressions freely.
This situation can only be changed from outside mainstream education since education and art institutions such as the conservatory, theaters, and orchestras do not have any policies or programs for developing contemporary music.

From Academia to Experimental Music

―You began studying the piano in your early childhood, and then studied composing at the conservatory. Is that correct?

Tran: Yes, but I continued to learn the piano also at the conservatory. Let me briefly explain the system of music education in Vietnam. Vietnam imported the education system of the then-Soviet Union, so the length of education at the conservatory is fifteen years—seven years for the elementary program, four years for the secondary, and four or five years for the college program. Each period is mandatory, and you have to accomplish each one to enter the following programs. This means, you study with the same people for at least fifteen years, so almost everyone knows each other in the professional music scene.

―Most of your friends and colleagues became practitioners of Western classical music, but you chose a different field. Can you tell us about your thoughts behind that?

Tran: Yes, I took an unusual path. There was a significant social change that took place in Vietnam in 1986: the country reformed its economic policy and opened its market, leading to the increase in foreign visitors around 1988. Music specialists from Western——not Eastern——Europe began to teach at the conservatory, some of whom were Vietnamese composers. They had left the country during the Vietnam War, had studied abroad, and grew into recognized musicians overseas such as Ton That Tiet or Nguyen Thien Dao in France. They returned to Vietnam right after Doi Moi and actively worked in the professional music scene and the world of music education. I attended their classes, where I learned twentieth and twenty-first century Western music for the first time in my life. Nevertheless, those kinds of music and contemporary music were still not largely known and admirred. There were only about two or three students who pursued further research into the genre during my time at the conservatory. After that I was aware of the German Academic Exchange Service (DAAD)'s scholarship programs, so I applied for it to continue my study in Germany. I think that was a turning point for my career.

―Had you already been studying Vietnamese traditional music before going to Europe?

Tran: Yes. There was a large department for Vietnamese traditional music in the conservatory at that time, and it was mandatory even for students of Composing or Conducting to learn how to play traditional music and to study its theory. At that time, there was a movement among music scholars to return to the original values of music and to pursue genuine traditional music. Although it was small, they considered the movement very important and I think they started something that was very difficult to pursue within the music education system in Vietnam.
I grew up in Northern Vietnam and I am very much attached to the culture and music of the region. At the same time, I studied the music of Southern Vietnam too when I was in the conservatory. And on top of that, I also did my own research on the ancient culture that flourished along the two rivers in Vietnam: the Mekong Delta in the South and the Red River Delta in the North.
The issue of tradition is not simple. The majority of Vietnamese traditional music is already in jeopardy of becoming extinct. Although the government's policy is to preserve traditional music, it does not have the concrete schemes for it. They have just let the best traditional music masters quietly pass away without finding successors. What has been left to us is only the surface of tradition, a surface that is "modernized" and is nothing but an illusion of tradition. The spirit and essence of Vietnamese traditional music are about to disappear along with its masters.
Even if you want to study the actual materials, there is hardly anything to dig out. There are typically no notations for Vietnamese traditional music, and, due to the quality of the equipment, the recordings that were made during and right after the war are heavily deteriorated. There are no decent archives even in specialized institutions. The only possible way to study traditional music is to literally sing and play it.
I studied to sing a kind of folklore opera of the north of Vietnam- Cheo, but I need to study more. I learn to play a 16-string instrument, the dan tranh, which looks like the Japanese koto. With this instrument I was practicing some music types from the center and the south of Vietnam such as Tai Tu and Tuong. I learned them from real masters, although some of them passed away a few years ago.

―Are there separate departments for Western music and traditional music in the conservatory?

―Is it difficult for the young generation to study with masters? 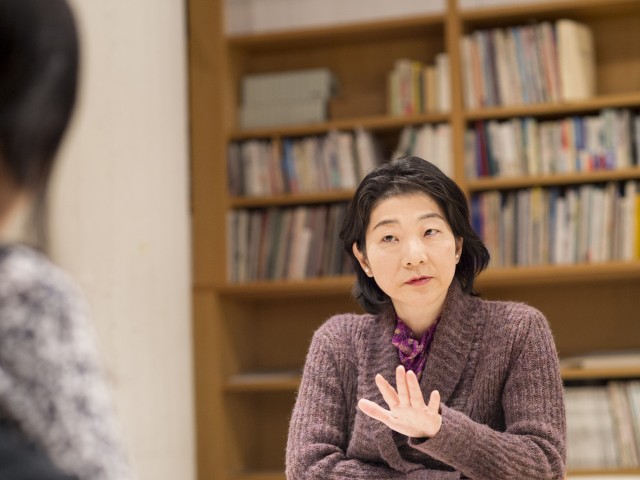 Tran: Yes, it is. If a student wants to study true traditional music, she or he has to look for the few-remaining masters or the "elite musicians" who have studied with those masters. That is something unavailable in the conservatory.

Tran: Yes. They belong to the postwar generation who were lucky enough to study under direct supervision of the masters. Unfortunately, the music organizations to which they are affiliated do not place much importance on traditional music. But it still is alive inside these musicians, in their bodies. If we can set up a project with them, it may be possible to encourage the younger generation to inherit its tradition and pass it into the future. However, as far as I know, there have not been examples of such cases.

Next Page
How Music is Born