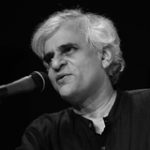 As a free-lance journalist and rural affairs editor of The Hindu, Sainath has taken a different path. Believing that "journalism is for people, not for shareholders," he has doggedly covered the lives of those who have been left behind.（quote from Magsaysay Award website）

Media and Agriculture in India

I was to speak on the agrarian crisis, rural distress, and what the media can do, what kind of reporting happens. Since we are all journalists here, let me begin by telling you that the average national daily newspaper-and the figure I'm giving you is a five-year average-the average national daily newspaper devotes 0.67% of its front page to news from rural India. The 0.67% is an inflated figure, because one of the five years in that average is an election year, when coverage goes up 3-4%. The state of reporting in coverage in the Indian media-and I speak as a reporter of 38 years-is that no national newspaper, no television channel, which has a fulltime labor correspondent. Fulltime. Nor do we have fulltime farming correspondents. Now, I was the closest to a fulltime farming correspondent when I was a rural editor of the Hindu for ten and a half years. What we have in the Indian media are several people we call 'agricultural correspondents'. All they ever do is cover the agricultural ministry and sometimes only the agricultural minister. Sometimes they cover agri-business. They don't cover farming and they don't cover the everyday life of the farmer. So consequently, we have a number of people called agriculture correspondents, who can, with some difficulty, distinguish between a cabbage and a cucumber. Now consider for a moment, that a media that says we do not need-and I am from the mainstream media, I have all my life worked in the mainstream media, which is now, more correctly called the corporate media-consider, in a country like India, when you say, we don't need a fulltime labor correspondent, we don't need a fulltime farming correspondent or agriculture correspondent. You are saying that 75% of the population do not make news-except in one year during the election year, when you go out and get it all wrong because you don't know whom to talk to and what to talk to them about.

Now, about rural India, please understand that rural India is perhaps the most complex part of planet earth. For a reporter, I think it's a reporters' paradise. You don't look for stories, they keep a queue in the face. So we are talking about 833 million human beings, which is the population of rural India in the 2011 census. That is 833 million human beings who speak 780 living languages. Eight of those languages are spoken by more than 15 million human beings, three of them are spoken by more than 18 million, one of them is spoken by more than 500 million, at the other end of the spectrum, a large number of languages spoken by small groups of people: 200 thousand. There's one language in the Andaman Islands that is down to its last speaker. There are languages in the east of India like Saimarl in Tripura, down to 7 speakers. It's a very complex, incredibly complex world.

Some facts and figures on income earnings of rural India-because you all get the story of 8% growth and 9% growth, it has been for 28 years, a jobless growth. And it has been growth of a kind that leads to extreme concentrations of wealth, and destroys millions of livelihoods in the countryside. All the figures I give you now are official figures, but not commonly in usage because they are so uncomfortable. They are all from the period 2014, 15, and 17 because we today have a government in power that seeks data only to destroy it. Most of the major data sources and institutions that generate serious data in India have been under assault and some of the major data-producing institutions have not published their reports for three years.

Living below 2,000 yen per month among rural households

Next Page
Farmers struggling for survival