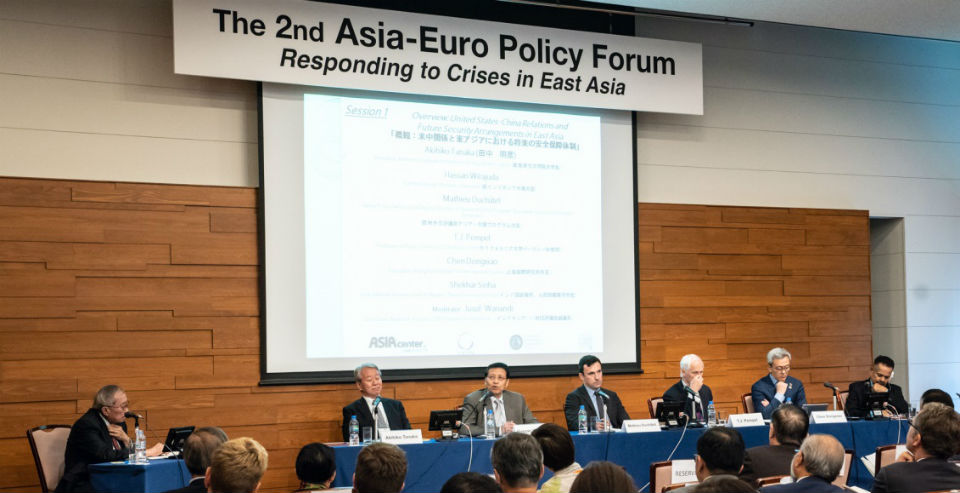 *This event has finished. Click below to read the summary and the report.

"The 2nd Asia-Euro Policy Forum: Responding to Crises in East Asia" will be held on 12-13 September, 2018 at the International House of Japan, Tokyo.

The Asia-Euro Policy Forum is held as part of the trilateral policy research project Asia-Euro Policy Dialogue (AEPD) which aims to strengthen exchanges on Southeast Asia's current reality and beyond among ASEAN countries, Europe and Japan.

This annual forum is a valuable opportunity for prominent researchers and policy-makers from different countries to exchange views and opinions on key policy areas. There will be participants from Southeast Asia, Europe, and Japan, as well as key players such as Republic of Korea, China, India, Australia and the United States.

The first policy forum was held on 7-8th June, 2017 in Jakarta under the overall theme "Where does ASEAN stand and where will it go: the state and future of ASEAN and response of external partners". This year, the second policy forum will discuss pressing issues under the title "Responding to Crises in East Asia."